Amazon Rolls Out Updated Version of its Alexa App for iOS

Aiming to offer a more personalized experience, Amazon has today rolled out an updated version of its Alexa app for iOS, Android, and Fire OS devices. To increase focus on how consumers are actually using Alexa, the revamped app has removed its third-party skill suggestions from the main screen (via TechCrunch). 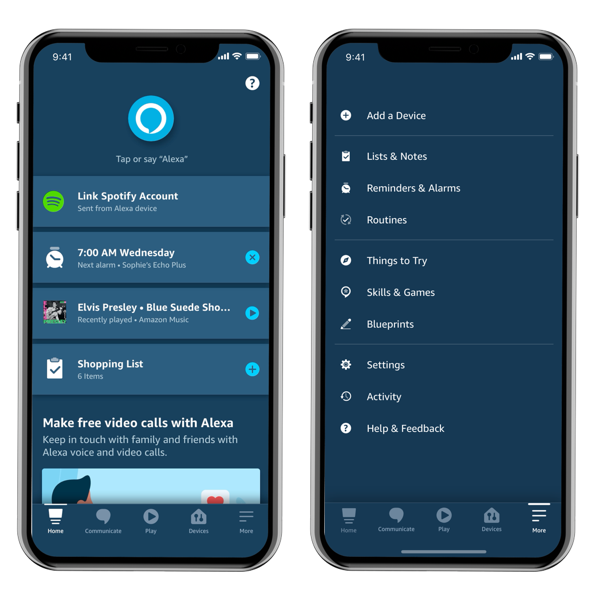 The new and improved Alexa app presents an updated home screen with a big Alexa button at the top. A list of personalized suggestions based on the consumers’ usage of the app follows, with some users also presented with controls for features that are frequently accessed or currently active.

The revamped Alexa app also offers more tips on what to do on mobile for first-time users. New users may see suggestions about playing songs with Amazon Music or prompts to manage their Alexa Shopping List. Reminders, Routines, Skills, and Settings have now been moved to the “More” button as part of the redesign.

In addition, the new app notably deprioritizes Alexa’s third-party voice apps (aka “skills”), which have not yet evolved into an app ecosystem to rival its mobile counterparts, like the Apple App Store for iOS apps or Google Play. Studies have indicated a large number of Alexa skills weren’t being used, and as a result, the pace of new skills releases has slowed.

The new app is being rolled out now worldwide with all users expected to be migrated to the new experience by late August.