Here’s How to Upgrade from Google Hangouts to Google Chat

Starting today, Gmail mobile users will see a screen asking them to upgrade from Google Hangouts to Google Chat in Gmail or the Chat app, and Google is encouraging everyone to make the switch to Chat. 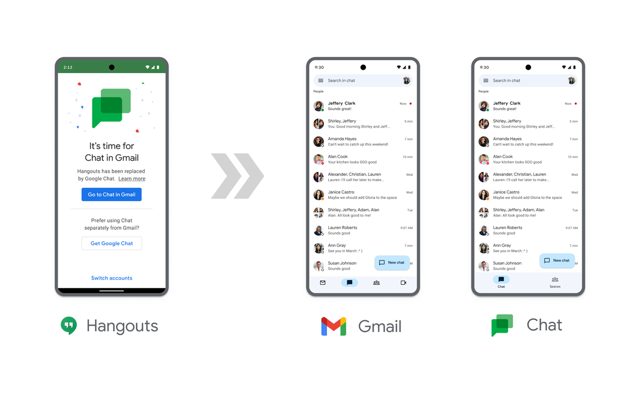 Moving to Google Chat makes it easier to connect and collaborate. For example, you can edit Docs, Slides, or Sheets with side-by-side editing, making it easier to collaborate while continuing the conversation.

For most people, conversations are automatically migrated from Hangouts to Chat, so it’s easy to pick up where you left off. However, we encourage users who wish to keep a copy of their Hangouts data to use Google Takeout to download their data before Hangouts is no longer available in November 2022.

You can also visit the Help Center for more information on the differences between Chat and Hangouts.