Previously available only on the Blackberry and Android platforms, the UPS app for iPhone is now available in Canada.

If you’ve been using the UPS app on a Blackberry or Android device, the iPhone version has the same functions, such asÂ calculating shipping rates, creating and tracking shipments, finding the closest UPS location, and much more!

UPS Mobile is specially designed with features that let you easily manage your shipments on the go. This App lets you track and nickname shipments, create shipping labels, find UPS service locations via GPS, and estimate shipment costs and delivery times.

Without logging in, you can:
– Track package and freight shipments
– Find UPS service locations via GPS
– Estimate shipment costs and delivery times

When you log-in with a My UPS ID, you can also:
– Nickname tracked shipments
– See your recent tracks from ups.com
– Create shipping labels to email, then print
– Access your ups.com address book
– Use saved shipping and payment preferences

Shipping and advanced tracking features require log in with a My UPS ID. An account number or credit card is needed in your profile to ship. Visit ups.com/gettingstarted to request your ID. 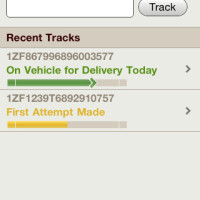 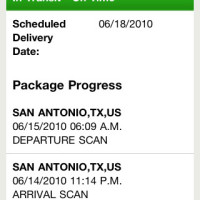 The app is free and available in English and French in the App Store.