You Can Now Use Alexa to Unlock Your Schlage Smart Locks 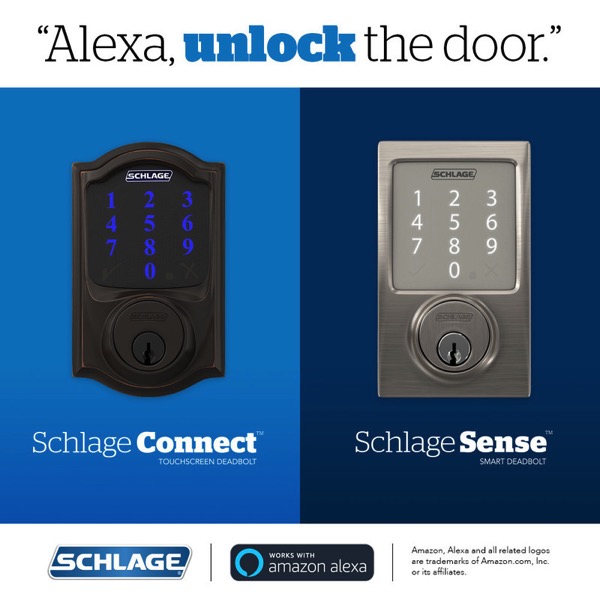 “Schlage has been at the forefront of the Internet of Things industry since launching the Schlage Sense Smart Deadbolt,” said Rob Martens, futurist at Allegion, the maker of Schlage® locks. “This new integration and functionality is a testament to our ongoing commitment to raise the bar for innovation, convenience and security.”

To enable the feature for the first time, users will be required to log into their Amazon Alexa app using their password and then set up a unique PIN which must be spoken before Alexa unlocks the door. The feature is immediately disabled after three incorrect voice code attempts.