How a User Mailed an Apple AirTag and Tracked its Progress

An Apple AirTag user from the U.K. has just shared the story of how he used an AirTag to track a parcel’s progress. He simply included an AirTag in a mail to his friend and followed its journey across the country (via Intego). 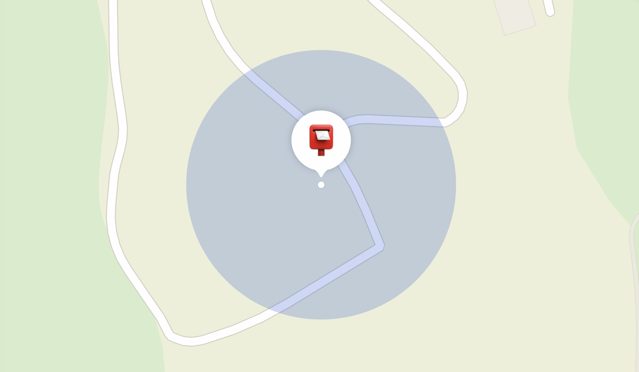 He mailed this AirTag on Friday afternoon, and, with first-class postage, he expected the envelope to be delivered the next day. “The AirTag weighs a mere 11g, so I put one taped to a card, then in a small bubble envelope for protection,” he notes. 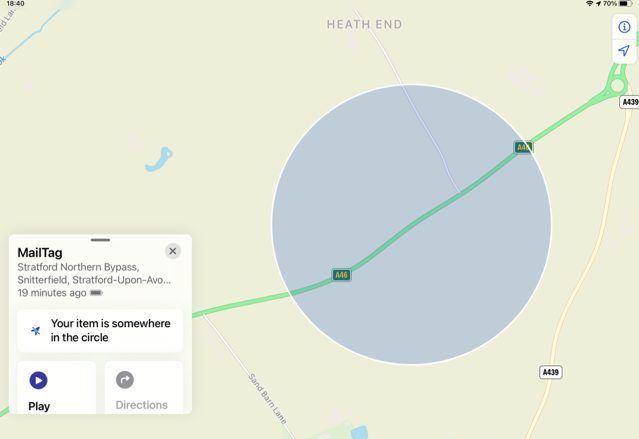 He then dropped it in the mailbox down the road from his home. He made sure to open the Find My app on his iPhone when he was next to the mailbox, and it showed the correct location.

“Mail is picked up around 5 pm, and a bit later than that, I checked the Find My app on my iPad. At 5:28, I found that my AirTag had reached the local sorting station.

It didn’t take long for my AirTag to start its journey. At 5:49, it had started moving, going into Stratford-upon-Avon, presumably for it to be loaded on to a truck to go to the next location. At around 6:40, it had left the town, heading north.

There were a couple of stops along the way, where presumably some mail was transferred to other vehicles, and by 6:45 am, the AirTag had reached the final sorting office near where my friend lives.”

When the AirTag was eventually delivered, his friend left the envelope on a table in his house. He has an iPhone, but he never got notified of the presence of the AirTag, even after 3 days.

Apple says that “When moved, any AirTag separated for a period of time from the person who registered it will make a sound to alert those nearby.”

“My friend thinks he might have heard a sound at some point, but he couldn’t be sure, because he had the TV on at the time.”

So if someone is being tracked with an AirTag without their knowledge, the fact that no audible sounds or alerts are occurring after four days is disturbing.

Nonetheless, the AirTags are meant to be used to find lost keys, luggage, or other objects, and this experiment clearly shows that you can track these to a certain extent.

LG is expanding the availability of Apple TV, Apple Music, AirPlay, and HomeKit support on third-party webOS Hub-enables displays. Over 100 countries and regions will now be able to take advantage of Apple's entertainment options on a growing list of third-party displays. Apple's apps such as Apple TV are currently available on LG's display and...
Steve Vegvari
34 mins ago