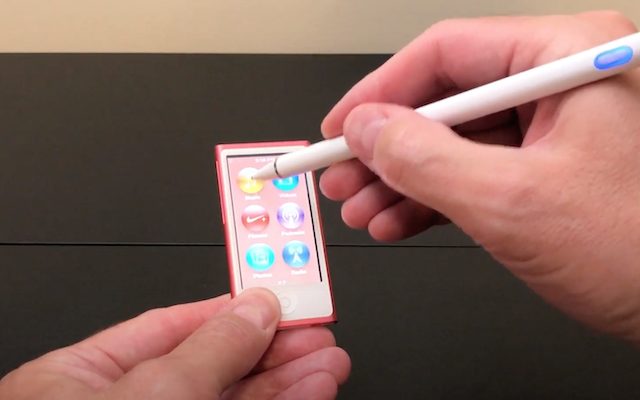 The folks over at YouTube channel Will it Work? have just shared a new video titled Can the iPod nano (7th Gen) charge an Apple Pencil?, that explores the possibility of using the Apple Pencil with an iPod nano.

“In this video, I’ll look at whether or not the iPod Nano (7th Gen) can output power through its Lightning port. Among other things, I’ll look at charging an Apple Pencil with the Nano, and possibly using it on the Nano’s screen.”

The video tests the power output of the 7th-generation iPod nano to see whether it can power accessories and charge an Apple Pencil like the iPad or not. It also tries to explore if the Lightning port is just for charging or it can transfer data as well.

To find out if the Apple Pencil works with the iPod nano or not, check out the following video and share your thoughts with us in the comments section.