Valve Launches Steam Replay 2022, Here’s How to Get it 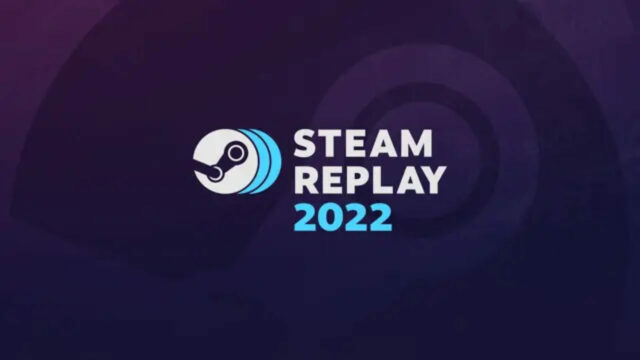 As a year of exciting and innovative games comes to a close, Valve has launched its Steam Replay 2022′. Much like Spotify Wrapped, Apple Music Replay, and other end-of-year wrapups, Steam Replay 2022 shows users their gaming habits on Steam.

Announced this week, Steam Replay 2022 offers players the chance to check out their most-played titles of the year, time spent playing, and other really neat stats provided by Steam.

If you’re interested in finding your Steam Replay 2022, it’s quite easy. Simply navigate to Steam and log in to start things off. From there, you’ll want to find the New & Noteworthy tab on the Store page. Here, you’ll find the Steam Replay 2022 tab. Once you click on the navigation button, you’ll be taken to your curated stats immediately.

2022 has not only been a big year for gaming in general but it’s been a strong 12-month period for Valve. This year saw the launch of the Steam Deck handheld. The portable device runs on a Linux-derived SteamOS and enables users to bring their Steam library with them wherever they go. It’s become a widely adopted piece of tech, meaning even dedicated console players have begun to build their Steam catalogue.

This year marks the first time PC players have a dedicated wrap-up similar to the PlayStation 2022 Wrap-Up or Nintendo Switch Year in Review. For Steam users curious how much time they spent playing Elden Ring, Vampire Survivors, or God of War (2018), this is a great opportunity to find out.

Additionally, Valve presents options for users to share their Steam Replay 2022 stats. Of course, you have the option of keeping them private or sharing them with only your friends. However, if you want to show how many new games you’ve played in 2022, Valve includes sharing buttons across a number of social platforms with tailored aspect ratios for each one.