Vancouver and Calgary: The Worst Tipping Cities in Canada 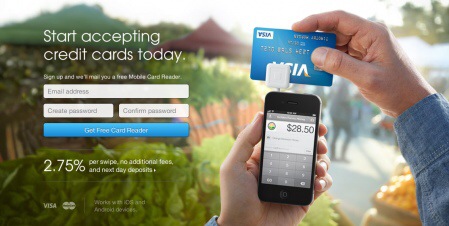 Square Canada recently released a study detailing the best and worst cities in the country when it comes to tipping. Data was taken from the company’s five biggest markets and over 52,000 merchants using the company’s mobile payments system.

Here’s the data released from their study:

Square also mentioned Montreallers tip more often than Torontonians at 70.4 per cent vs. 65.5 per cent. They also mentioned 45 to 50 percent of Square transactions involve a tip.

How often do you tip and how much? Where are you located?

Square branched outside the U.S. And entered Canada during the fall of 2012. The mobile payments company is backed by Twitter founder Jack Dorsey.

The new ad-supported plan of Disney+ is now live in the U.S. at $7.99/month. Dubbed Disney+ Basic, the plan is expected to become available in Canada and other countries next year (via Reuters). Over 100 advertisers and brands, from LVMH to Marriott Hotels & Resorts, are participating in the launch, which Disney has been promoting...
Usman Qureshi
1 min ago

Airbnb has announced heightened defenses to help prevent disruptive parties over the New Year’s Eve weekend in 11 countries, including Canada. New restrictions will see a ban on certain one-night bookings during New Year’s Eve for entire home listings across Canada. These defenses are in effect for guests without a positive account history, or no...
Usman Qureshi
15 mins ago