A few months back, it was reported that sapphire, which is three times stronger and more scratch resistant than Gorilla Glass, may soon be adopted by Apple for its handheld device displays. However, luxury cell phone maker Vertu’s Perry Oosting has revealed in an interview with German news site Tages-Anzeiger, that the Cupertino company has already investigated the possibility of a sapphire display and has found them infeasible, MacRumors is reporting. 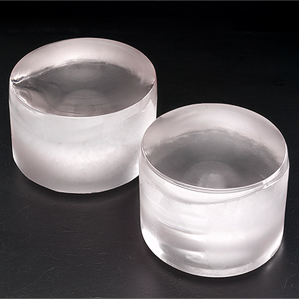 Oosting, whose company produces some overly expensive cell phones with sapphire displays, claims that Apple has recruited a number of Vertu employees to work on the project, out of which at least employees have joined Apple in the last year.

According to Oosting, Apple ultimately shelved the sapphire project because the material is unsuitable for production in the numbers that Apple requires at the current point in time. Corning, the company that manufacturers Gorilla Glass 3 for Apple’s displays, has also stated that sapphire is an inferior option for mobile displays.

May be some day we’ll actually see an iPhone with a sapphire crystal display but for now, the only sapphire seen on an iPhone is the one covering the rear camera on the iPhone 5.

Users of YouTube for iPhone and iPad have been complaining about the app crashing repeatedly. If you’ve been plagued with this issue with the YouTube iOS app, rest assured a fix is coming. According to YouTube on Wednesday, the company said, “hi, we’re aware that many of you using the YouTube app on iOS devices […]
Gary Ng
30 mins ago