For the sixth consecutive year, Videotron and SaskTel have ranked the highest in their respective regions, over the ‘Big 3’ incumbents of Rogers, Telus and Bell.

“Technology advancements continue to influence the way consumers use the internet,” said Adrian Chung, Director of the Technology, Media & Telecom Practice at J.D. Power in Canada, in an issued statement. “They’ve become enablers in peoples’ lives and, as such, customer expectations of service providers are evolving. Reliability and faster speeds are increasingly more important factors in customer expectations and satisfaction, especially among younger and more tech-dependent users. The ability of ISPs to unlock the potential of their premium service offerings will be critical to success as adoption rates of connected and smart homes devices increase.”

In the East region, Videotron ranked the highest in TV and internet provider service satisfaction, followed by Shaw, Cogeco and Bell and Rogers faring below the East Region Average. 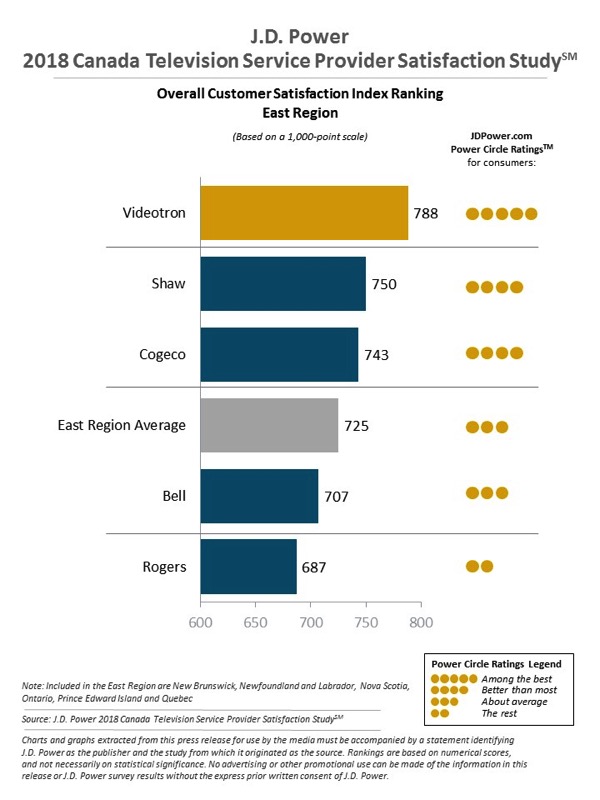 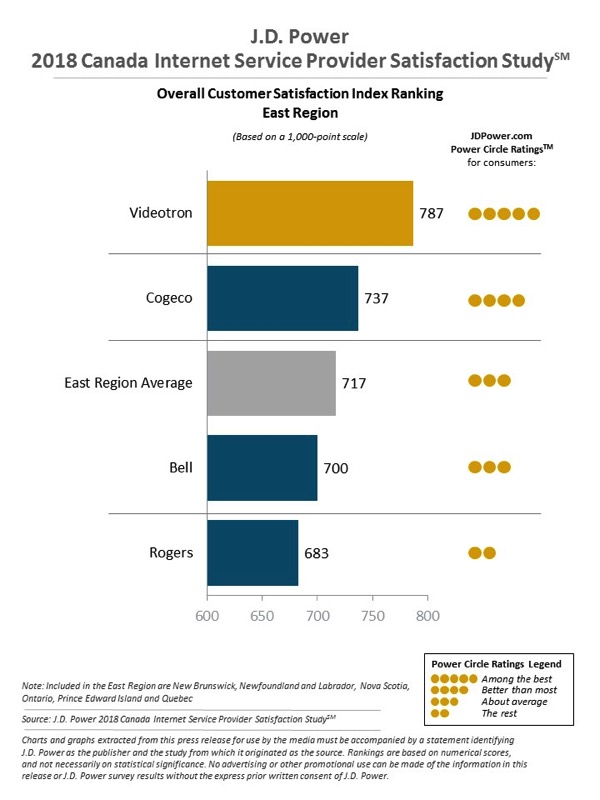 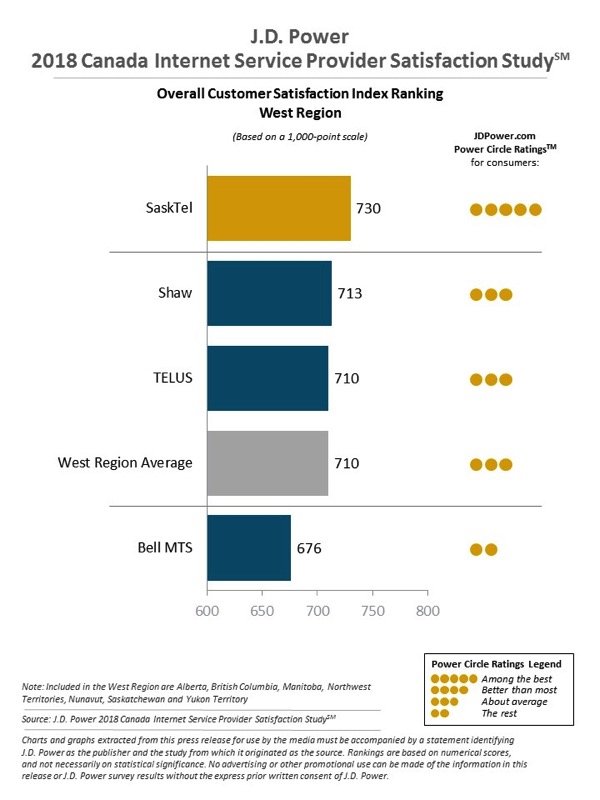 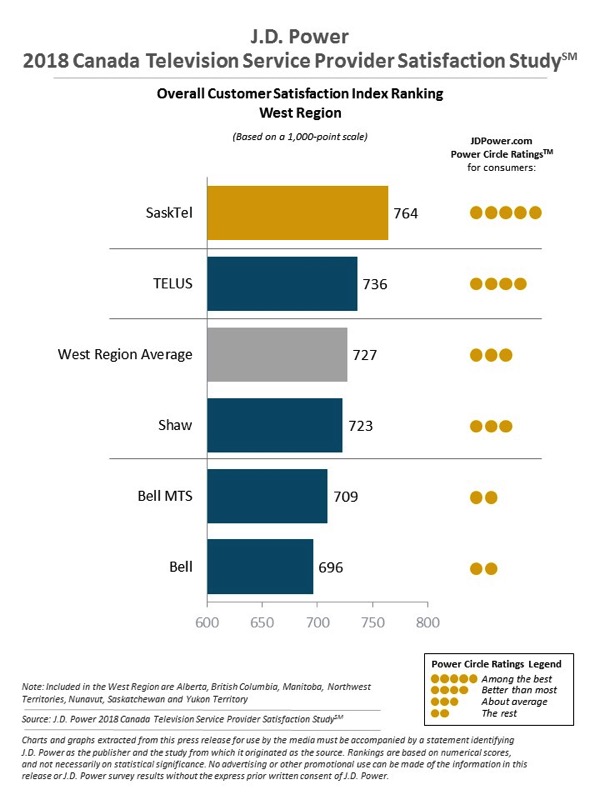 The studies were based on responses from 7,286 internet customers and 7,342 TV customers in Canada, taken from March-April 2018.