Slowly but surely the Canadian wireless carriers are getting their iPhone 4 information pages up to date.

This week, Virgin Mobile is the next wireless carrier to post their iPhone 4 information page. Oddly enough, the page still indicates “coming soon” but that will probably change real quick.

There is also a “Register Now” link where users can sign up and receive up to date information on the iPhone 4.

Fill out your deets below and weâ€™ll let you know when iPhone 4 is up for grabs.

As we know, Bell was the first Canadian wireless carrier to publicly post that they would be carrying the iPhone 4 on July 30, 2010. This was followed by Rogers and Fido, except that Rogers/Fido posted their announcements internally and not publicly.

Soon after, Telus updated their iPhone 4 information page with the July 30 launch date.

So if you are currently a Virgin Mobile subscriber or plan on subscribing with Virgin Mobile when you get your iPhone 4, check this out. 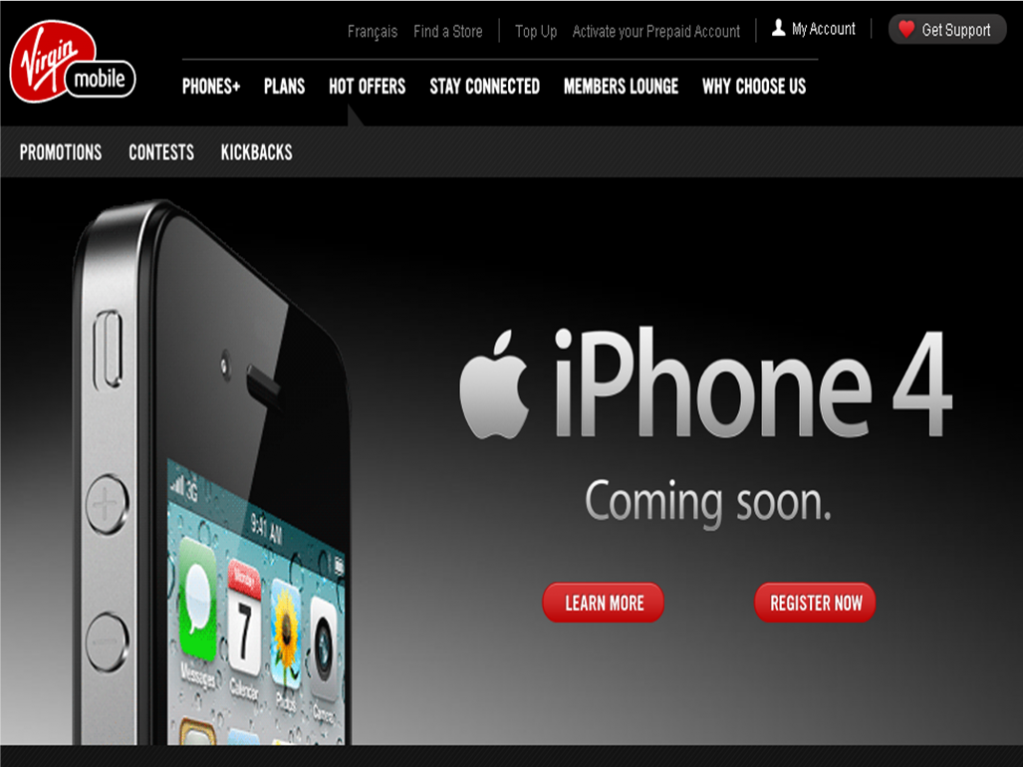 Thanks Dan for the email!