Walmart’s anniversary sale has started and for customers on Rogers, TELUS and Bell looking to upgrade to a 16GB iPhone 6 on two-year contracts, some savings can be had.

For TELUS and Bell customers, the 16GB iPhone 6 is available for $99 on contract. To offer Rogers customers a similar deal, Walmart will provide customers a $250 gift card, to compensate for the regular $350 contract price (which appears on your next bill), essentially taking the price down to $100, according to a store we spoke with on the phone. 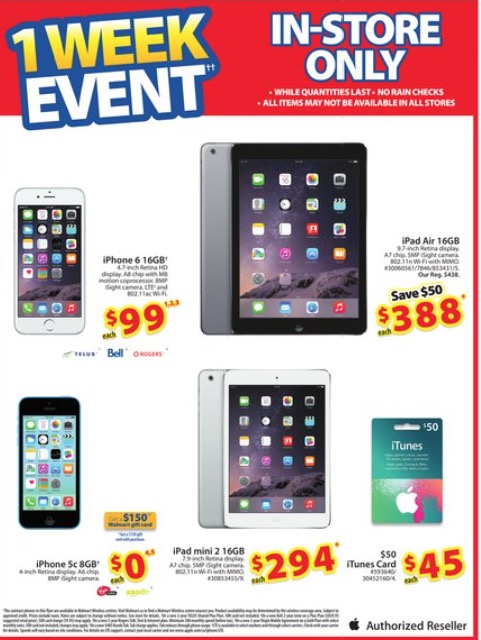 Walmart does not carry capacities larger than 16GB, which is unfortunate, but if you’re not a heavy user and want an iPhone 6 and are ready to upgrade, $99 for this model is somewhat of an okay deal, when you consider their regular prices on contract.

Let us know if you’re going to jump on any of these sales!