Want to Buy the Nothing Phone 1 in Canada? It Won’t Be Available Here 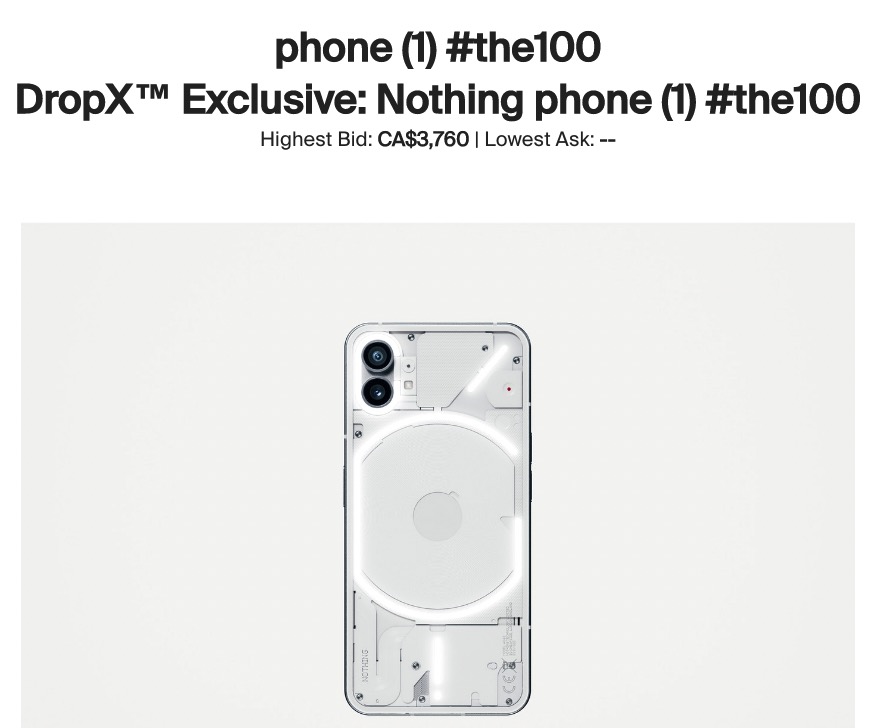 According to device leaker Evan Blass (@evleaks), the upcoming (and puzzlingly-named) and seemingly overhyped phone (1) from Nothing won’t launch in Canada or the U.S.

The problem supposedly has to do with network compatibility in North America. Nothing’s StockX page, where the newcomer is auctioning off the first 100 production units of the phone (1) and lists supported telecom networks by region, makes no mention of Canada or the U.S.

As of writing, the highest bid for a Nothing phone is $3,760 CAD on the StockX page. Seriously, the phone seems overhyped for what it’s worth.

Sounds like Nothing is skipping the US with respect to Phone (1) availability and network compatibility. Disappointing, but understandable. Hard for young brands to achieve carrier adoption here, and without those deals, not really worth negotiating retail channels at all…

Nothing has since confirmed the rumours, saying in a statement to PCMag, “While we’d love to bring phone (1) to the entire community around the world, we’re focusing on home markets, including the UK and Europe, where we have strong partnerships with leading local carriers.”

Nothing, a new venture of OnePlus co-founder Carl Pei, aims to recapture the glory days of the OnePlus brand and go toe-to-toe with top smartphone makers like Apple and Samsung. However, doing either will be a lot harder if the brand has no presence in one of the world’s largest smartphone markets.

The company added that it has “big plans to launch a U.S. supported smartphone in the future.” Even if someone in Canada or the U.S. were to get their hands on a phone (1), Nothing said it will have “unpredictable” coverage and may not work well with local carriers.

You can check out a hands-on with the Nothing phone shared yesterday by MKBHD:

“Using elegant, responsibly sourced materials and packed with advanced features, phone (1) is Nothing but the best,” reads the company’s StockX page.