Watch ‘Before the Flood’ Documentary by Leonardo DiCaprio Free on iTunes

Leonardo DiCaprio’s climate change documentary, Before the Flood, produced with National Geographic, is currently available for free to view from October 31 to November 6 on a variety of platforms, which includes iTunes. 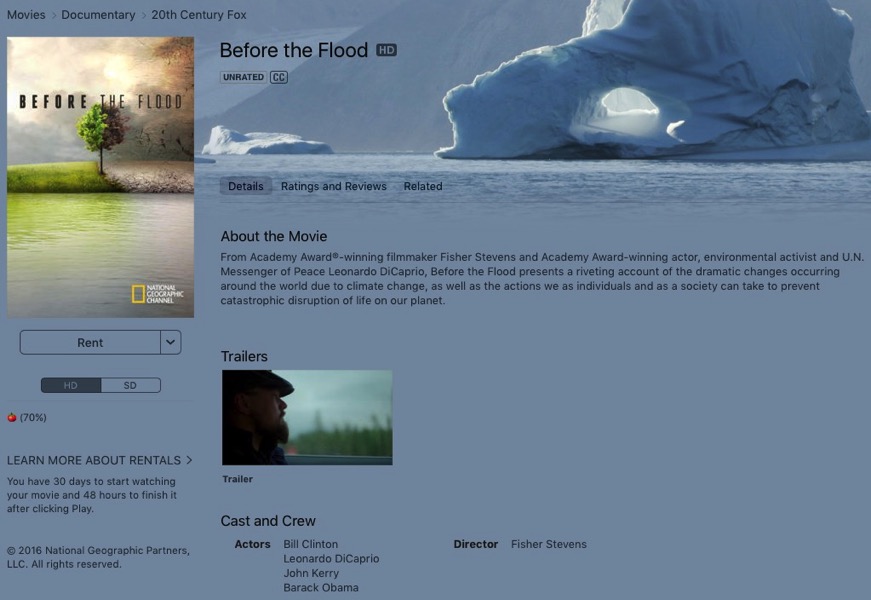 From Academy Award®-winning filmmaker Fisher Stevens and Academy Award-winning actor, environmental activist and U.N. Messenger of Peace Leonardo DiCaprio, Before the Flood presents a riveting account of the dramatic changes occurring around the world due to climate change, as well as the actions we as individuals and as a society can take to prevent catastrophic disruption of life on our planet.

You can also watch the YouTube stream below, released yesterday on National Geographic’s channel:

Click here to rent Before the Flood in iTunes—you’ll have 30 days to start watching it and 48 hours to finish it after clicking play.