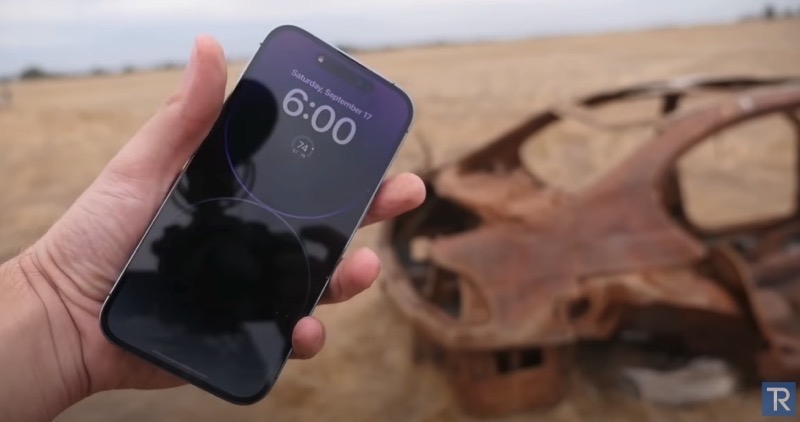 Apple has a new feature called Crash Detection on its iPhone 14 and iPhone 14 Pro models. Essentially, if you’re in a car crash, your phone will detect it and call emergency services and also reach out to your emergency contacts.

“When your iPhone detects a severe car crash, it will display an alert and will automatically initiate an emergency phone call after 20 seconds unless you cancel. If you are unresponsive, your iPhone will play an audio message for emergency services, which informs them that you’ve been in a severe crash and gives them your latitudinal and longitudinal coordinates with an approximate search radius,” explains Apple.

Apple says when a crash is detected, the feature won’t override any existing emergency calls placed by other means.

TechRax on YouTube releases insane videos testing out Apple products, and of course it would put Crash Detection to the test. “Time to test out the iPhone 14 Pro’s new crash detection feature. Does it actually work? Video was filmed in a safe and controlled environment.”

Check out the video below–yes, Crash Detection does work!

Apple says Crash Detection will go through your iPhone if your device is connect to a vehicle through CarPlay. If you’re wearing an Apple Watch at the time of a crash, Crash Detection features will show up on your watch, but calls to emergency services will be made on your iPhone.