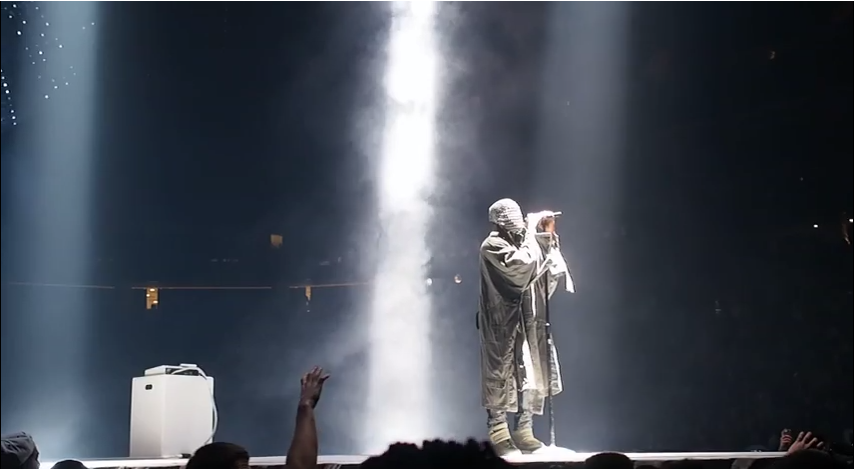 On Saturday night, Kanye West went on a rant about Tim Cook, the iTunes Music Festival, and various other topics during his Yeezus tour stop at Newark’s Prudential Center in New Jersey.

It is clear that West is more than happy to call himself a genius, calling himself the “next Steve Jobs” on multiple occasions. During his rant on Saturday night, he decided to target Tim Cook, Apple’s CEO.

West starts by explaining the reason he speaks directly to people like Tim Cook, Google’s Eric Schmidt, and Nike’s Mark Parker is that, “I’ve got a microphone and I can.” (This appears in the video around 12:50.)

Around the 13:55 minute mark in the video West goes all out in his message to Tim Cook, saying:

In October 2013 Entertainment Weekly interviewed Apple’s Eddy Cue and asked him why attendees don’t pay for tickets and why artists do not get paid by Apple to perform. Cue explains the reasons in the interview:

The artists come in, and they’re not getting paid. They’re here because they know that this is an opportunity for them to play for these fans and in many cases kind of go back to when they were starting out in a smaller venue, get really close and personal. You’ve got this venue that is truly historic and holds 2,500 people, so you’re gonna see these artists that always play in much larger arenas. [Plus] it’s all kinds of music. On one end, you’ve got Lady Gaga and on the other end you’ve got Ludovico, the Italian pianist.

West continues by telling Tim Cook to stop pretending to be “so down with the culture” and he accuses Cook of acting “so dumb.” West seems to have better thoughts about Google and Eric Schmidt, describing him as “my boy and s***.”