Apple has released watchOS 7.6.1 (build 18U70) for download for Apple Watch users.

You can download and install watchOS 7.6.1 by launching the Watch app on your iPhone, then going to General > Software Update. You will need to have iOS 14.7.1 installed first, which was released on Monday.

The update is still propagating in Canada as of writing and likely will contain security fixes as with the iOS and iPadOS 14.7.1 updates.

Update July 28, 2021: Looks like this update has been pulled by Apple, as it’s no longer listed on its developer website.

Update July 29, 2021: The update has been released just now and Apple says it contains “important security updates”. The download size is 64.2MB: 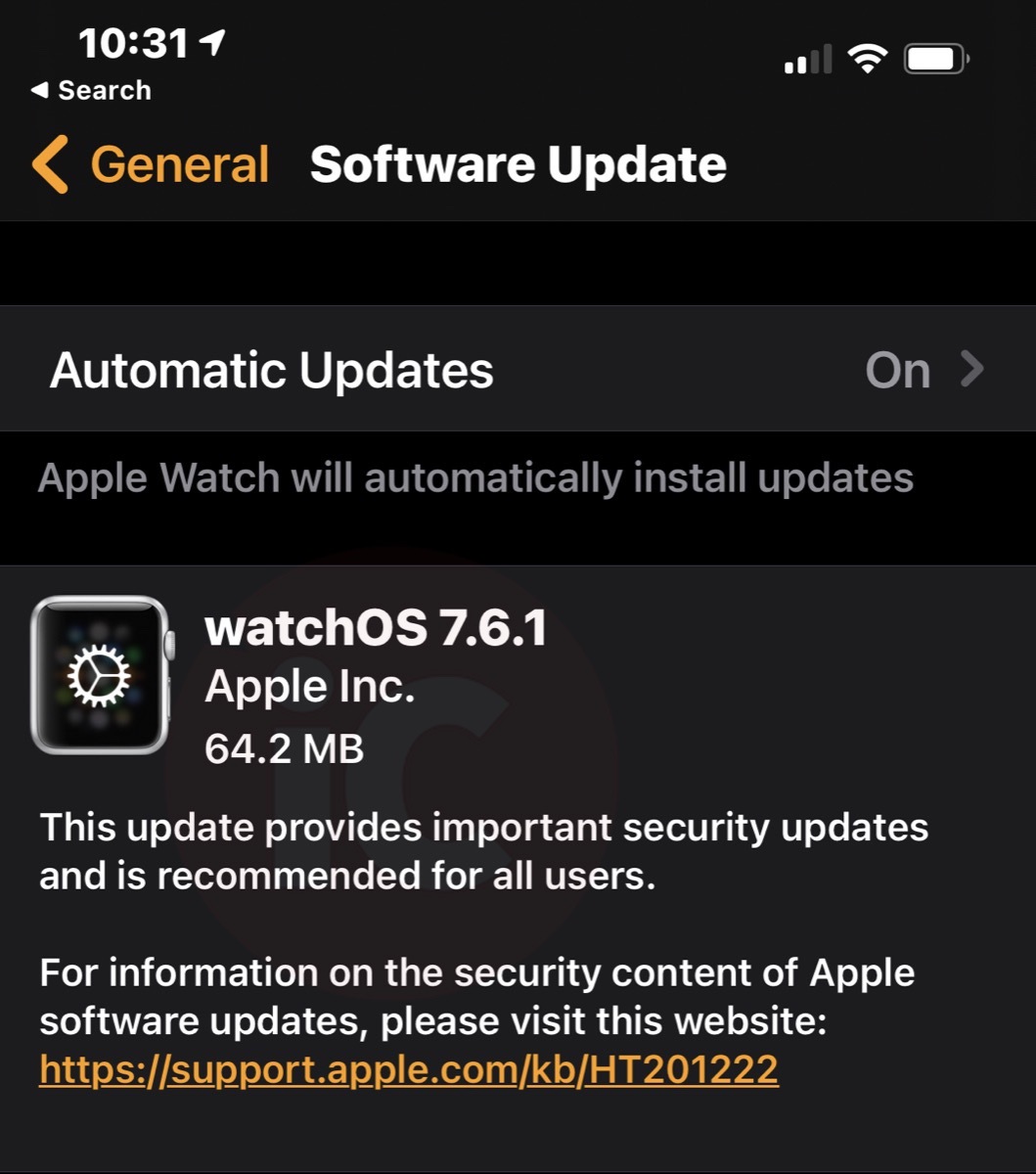 Citing people familiar with the matter, a Bloomberg Law report is claiming that Hollywood super-agent Ari Emanuel has attempted to pave the way for a settlement between Elon Musk and Twitter in their $44 billion takeover deal. Sources said that Emanuel contacted Twitter board member Egon Durban and suggested the two sides find a solution...
Usman Qureshi
3 mins ago

Xplore, formerly known as Xplornet, has just announced the launch of its fibre broadband internet service in Quebec, with plans to be offered including download and upload speeds up to 1 Gbps and truly unlimited data. Xplore’s latest fibre-to-the-premise network expansion will connect approximately 6,000 homes and businesses in communities around Val-des-Sources, the MRC Papineau, and...
Usman Qureshi
17 mins ago

Apple Music Live offers concerts from featured artists for subscribers, with the latest from Billie Eilish, set to debut on Friday night. “Billie Eilish brings her world tour to Apple Music Live. She’ll be playing songs from her latest album, Happier Than Ever, in addition to other iconic hits,” said Apple in an email to […]
Gary Ng
18 mins ago