The upcoming watchOS 9 is set to offer a new AFib History health feature, which has just received regulatory approval in Canada, the first country to do so other than the U.S. (via MacRumors). 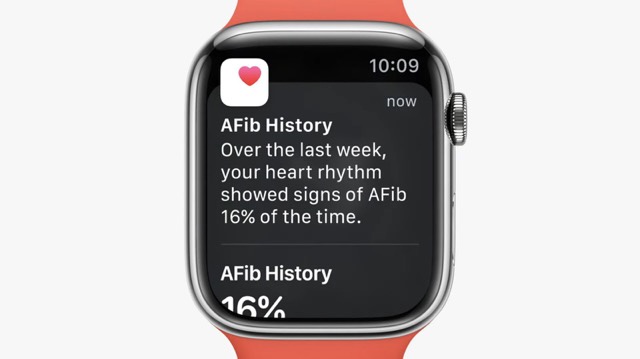 Apple says the AFib History feature allows individuals diagnosed with atrial fibrillation to view an estimate of how frequently their heart is in this type of arrhythmia.

Based on regulatory findings, Health Canada has approved the AFib History for both the Apple Watch and the iPhone. The feature had received FDA clearance in the U.S. after being validated in a clinical study.

According to Apple, the average difference in weekly measurements between the Apple Watch and an FDA-cleared reference device was less than 1%.

Since the AFib History feature is not currently approved in all countries or regions, availability of the feature will likely be limited at launch.

Here’s the list of Apple Watch models that will support watchOS 9 when it releases for the masses this fall.

Dropbox support has just confirmed that a public beta with full support for macOS will be released in Q4 this year, making the desktop app fully compatible with macOS 12.3 (Monterey). Dropbox users on macOS 12.3 see a compatibility warning about the Dropbox system extension, which results in users being unable to open online-only files stored...
Usman Qureshi
8 hours ago