The newest version of watchOS, the Apple Watch’s operating system, has been officially announced. 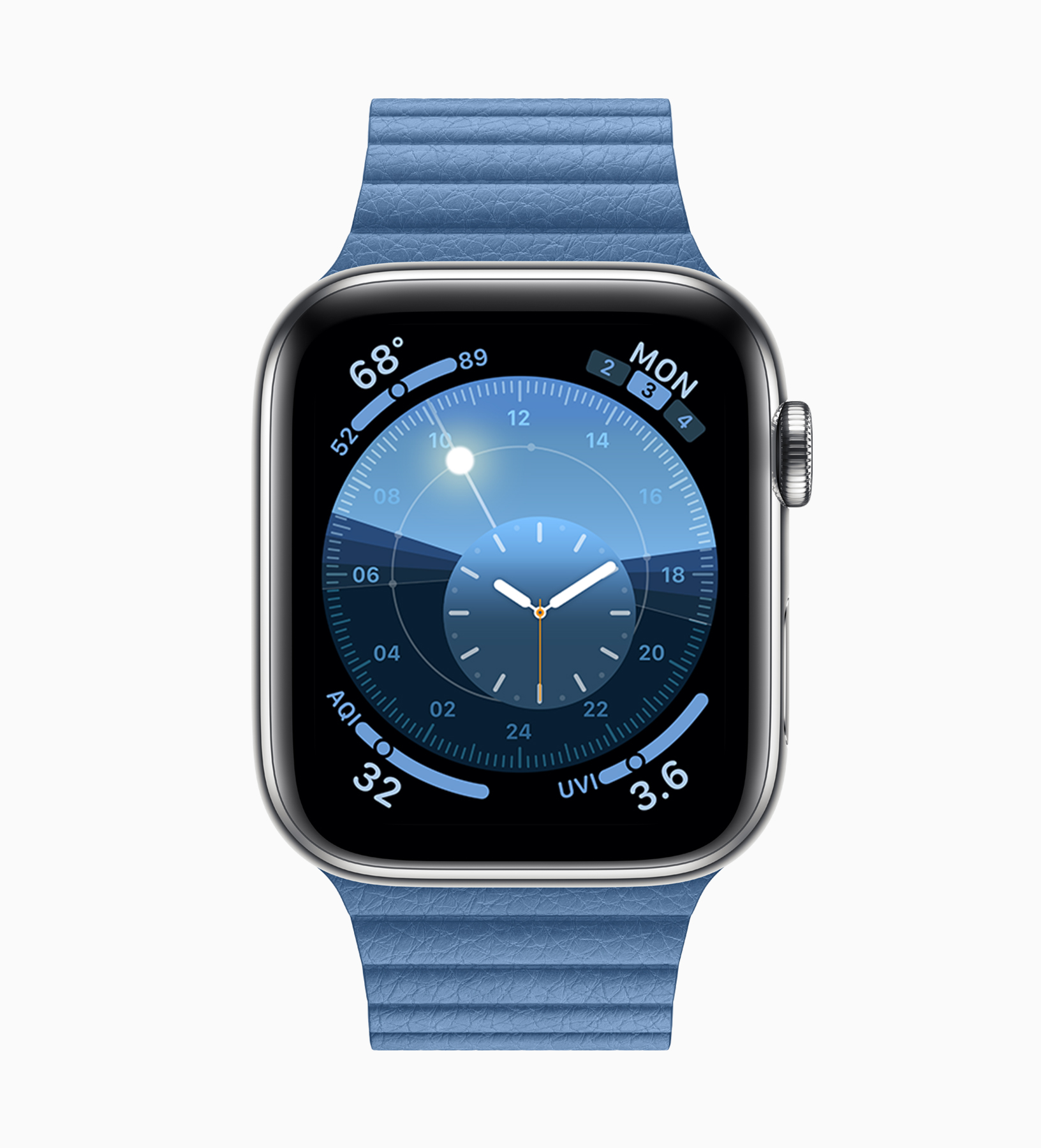 “Apple Watch has become an indispensable part of our customers’ everyday lives, from helping users stay connected to the people and information they care about, to inspiring them to live a better and more active day,” said Jeff Williams, Apple’s chief operating officer. “watchOS 6 extends our commitment to helping users better manage their health and fitness with powerful and personal new tools.”

Some of the new Apple Watch faces coming in the next watchOS update include a gradient dial, the California dial, and the Solar face. As the name suggests, the gradient dial is a colour gradient face with hands where the division of the gradient follows the hour hand. The California dial is a more traditional mechanical watch face with room for complications. The Solar face tracks the movement of the sun in real time.

Some of the highlights of the new OS include: the addition of the App Store to the Apple Watch, new integral apps like Calculator and Voice Memos, new listening, fitness, and health tracking capabilities (including cycle tracking for women), new “taptic chime” alerts on the hour, and new streaming audio capabilities.

Finally, Apple has created new developer tools that will make it easier than ever for engineers to create apps for the Apple Watch. These tools will likely continue to open up the Apple Watch platform for more innovation from the development community outside Apple. Also, many of the new apps available through watchOS 6 (like the new audio streaming API) will now be completely independent of the iPhone.

Apple WatchOS 6 is being released to developers this week with the software update coming to your Apple Watch this fall. As usual, there will also be early beta releases of WatchOS 6 for those willing to risk running into bugs prior to the full public release.