Waze has today announced it is bringing Netflix’s new movie, “The Sea Beast,” to Waze. In select theatres in Canada now and on Netflix July 8, the movie tells the tale of a legendary sea monster hunter and a young girl who stows away on his fabled ship. 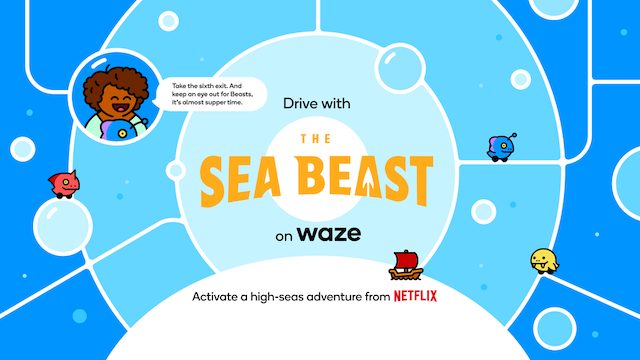 Starting today, you’ll meet the dynamic duo of Maisie, a precocious stowaway, and Blue, a little beast with a huge mischief streak, and revel in the unlikely comedy of their friendship as they help you navigate every turn you take on Waze. Simply activate Waze’s latest driving experience, inspired by “The Sea Beast.”

With Sea Beast Mode activated, get ready to explore the world together, on a journey full of surprise, wonder and funny banter — because where the map ends, the adventure begins.

If you’re interested in seeing the magic in real life, Netflix is hosting a series of experiences across the U.S. at aquariums, museums, and more to celebrate the launch of The Sea Beast.

Visit Waze or click “My Waze” in your Waze app now and tap the “Turn on Sea Beast Mode” banner to activate.

Apple is moving the production of its Apple Watch and MacBook to Vietnam for the very first time. In an effort to further diversify its supply chain, Apple is working with its suppliers in order to manufacture two of its pivotal devices outside of China. According to Nikkei, Apple suppliers Luxshare Precision Industry and Foxconn...
Steve Vegvari
46 mins ago