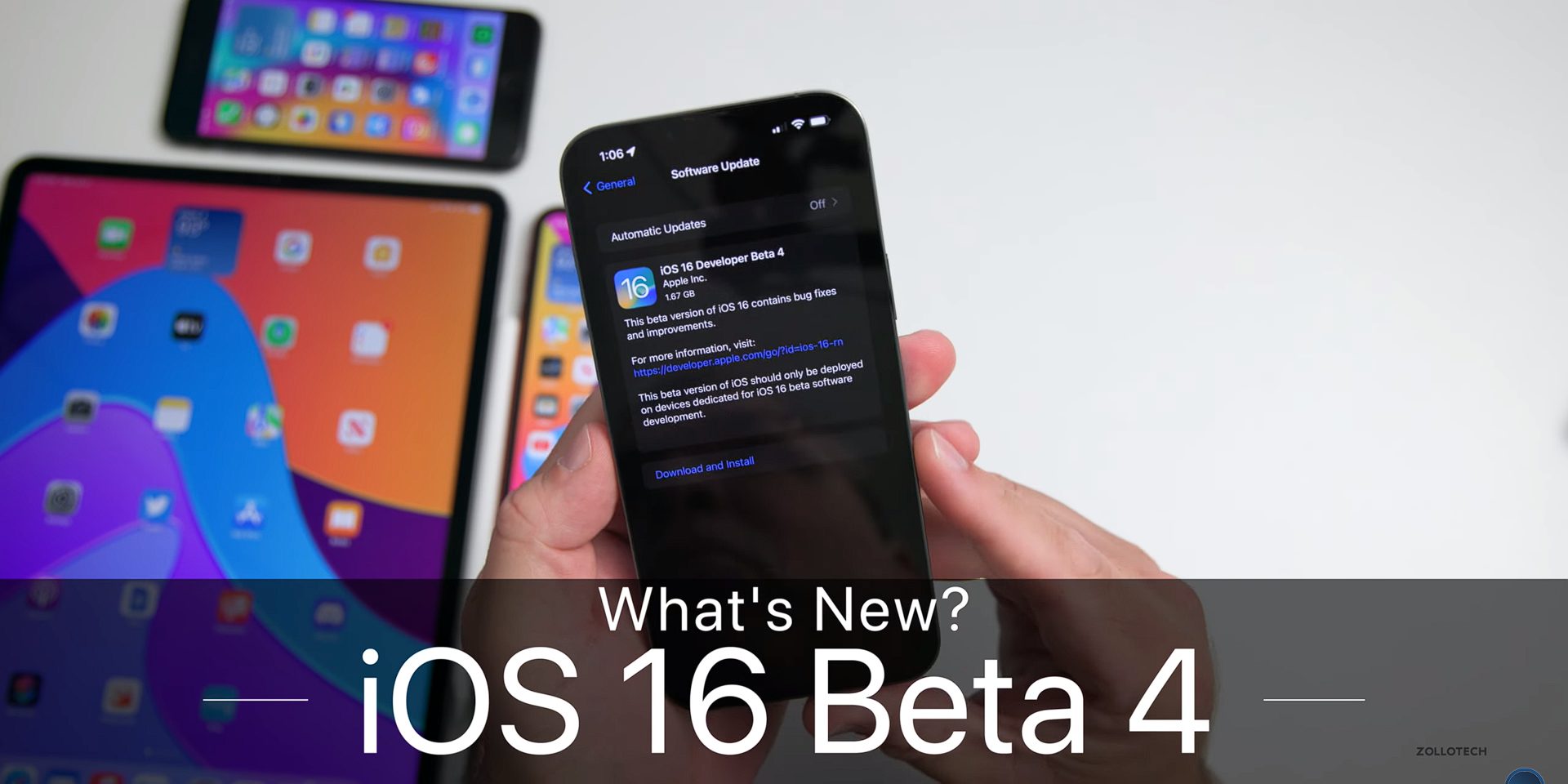 Apple started rolling out iOS 16 beta 4 to developers on Wednesday, along with the fourth beta builds for the rest of its platforms (except watchOS 9, for some reason).

In a recent YouTube video, Zollotech breaks down all of the new features and changes in iOS 15.4 beta 2.

iOS 16 beta 4 brings new modem firmware for the iPhone, and some of the other noteworthy changes and improvements in the update include:

Furthermore, iOS 16 beta 4 also comes with a bunch of small changes and UI improvements here and there, such as graphical representations of the new notification styles in Settings > Notifications.

According to the iOS 16 beta 4 release notes, Apple has shipped more than a hundred fixes for known bugs and issues with the update. That said, iOS 16 remains in beta and will likely continue to exhibit various issues as Apple works out the kinks.

Spotify is launching a new Home experience that includes feeds for both Music and Podcasts & Shows, making it easier for listeners to scroll through the type of content they’re looking for. The updated Spotify home screen will make the experience more personalized while allowing users to dig even deeper into their recommendations. In the...
Usman Qureshi
16 hours ago

Snapchat is launching a new in-app parental tool called 'Family Center,' to help parents get more insight into who their teens are friends with on the social media platform. With Family Center, parents can find out who their kids have been communicating with, without revealing any of the substance of those conversations. "Our new Family...
Usman Qureshi
17 hours ago