Wi-Fi Assist, a feature that debuted with iOS 9, was released to “automatically use cellular data when Wi-Fi connectivity is poor.” The problem with this feature is that those with small data plans ended up incurring overages, so many people opted to turn it off. 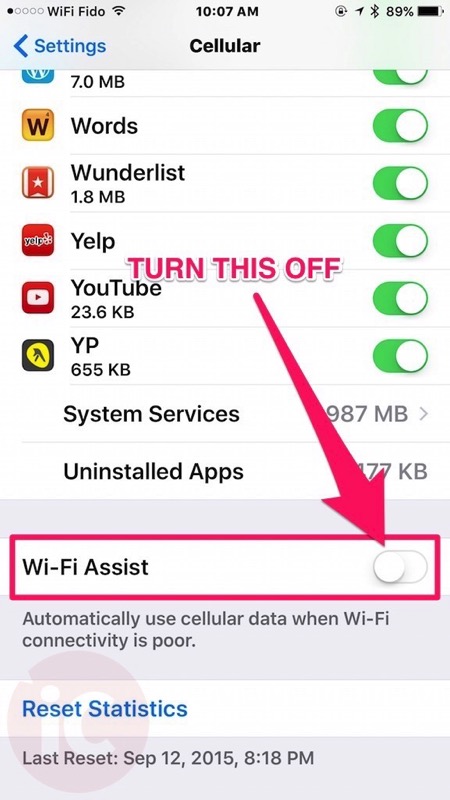 Apple explained at the time “you might use more cellular data” with Wi-Fi Assist, but noted for majority of users, “this should only be a small percentage higher than previous usage.” (however, this teen with an alleged $2,000 phone bill may disagree)

New in iOS 9.3 though, is the addition of data use statistics for Wi-Fi Assist. Data used now shows up in under the Wi-Fi Assist setting, as seen below (via iPhoneinCanada.ca reader @DeanLubaki): 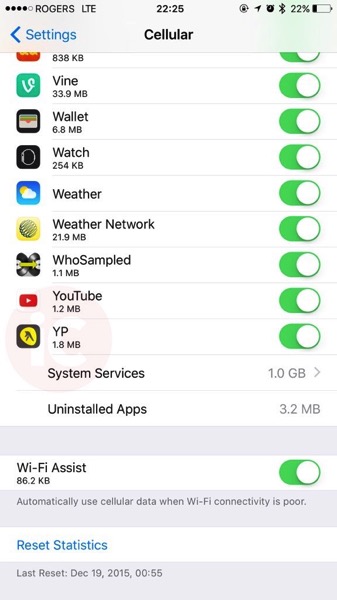 If you’ve suspected Wi-Fi Assist to be overextending your paltry data plan, this new data counter within iOS 9.3 should put that to rest.