Will Apple’s Next iPhone Have NFC to Compete with Google Wallet? 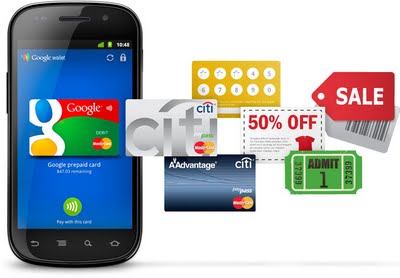 Google just unveiled Google Wallet, an app that will turn your smartphone into a payment system using NFC (near field communication). Google Wallet will debut on Sprint’s Nexus S 4G, and the app will be tested first in New York City and San Francisco. They’ve partnered up to have Google Wallet work with MasterCard’s PayPass and will soon add other partners.

Will the Next iPhone Include NFC to Compete?

Apple always likes to stay ahead of the competition, and I’m predicting we’ll see NFC in the next iPhone. Google and RIM have already announced adoption of NFC in their upcoming hardware versions. It’d be unlike Apple to include this technology in their next iPhone.

However, the New York Times previously mentioned NFC would come soon to the iPhone, but not necessarily in the next iteration. Other analysts have predicted the lack of NFC in the next iPhone as well. The issue is the lack of merchant adoption for NFC payments. There’s hope though, as Visa is already testing an iPhone wallet system in Europe.

My MasterCard is equipped with PayPass capabilities, and I eagerly await the adoptionÂ of NFC for payments.Â Europe and AsiaÂ have been using NFC systems for years, and it’s about time North America caught up to speed.

Do you want to see NFC included in the next iPhone?