Will The Daily iPhone App Ever Be Released?

Today’s headlines have been dominated by News Corp’s release of The Daily, an iPad-only newspaper. It has been clearly stated that The Daily will only be available for iPads, but if it wants further success I would hope for an iPhone version of the app.

Priced aggressively at either 14 cents/day, 99 cents/week, or $39.99 US/year, The Daily has a dedicated team of writers based out of New York. If the experiement pans out to be successful, we can bet other publications arising from this. Would traditional Canadian media be brave enough to try something like this?

Click here to download The Daily if you own an iPad. Currently, it’s in the US App Store only, but should hit Canada soon. More info here. 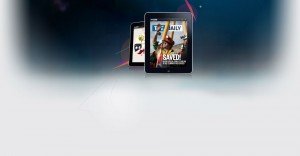