Wistron May be the First OEM for iPhones in India [DigiTimes] 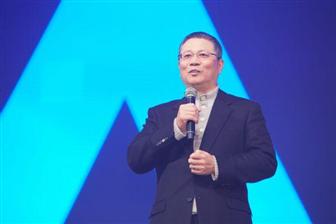 According to a new DigiTimes report, Apple has selected Wistron as the main OEM in India for new iPhones launching later this year, with Foxconn and other manufacturers becoming second OEMs if the demand increases. The source adds that Wistron has already boosted its smartphone production capacity in Kunshan, eastern China, and in India, in anticipation of becoming Apple’s lead OEM.

“Regarding Wistron’s business outlook, global demand for PCs will certainly decrease and in the process of shrinking, the combined global market share of large vendors’ and ODMs/OEMs’ will increase, Wistron chairman and CEO Simon Lin said. In view of decreasing demand for PCs, Wistron has invested in developing devices for use in electric vehicles and medical care, Lin noted”

For the past 4 years, Wistron has been expanding its business operations, according to Mr. Lin. This year, the company expects shipments of smartphones, servers, IoT devices and desktops to grow, while shipments for notebooks are expected to remain the same.

Last week, India’s IT Minister said that the government is considering a 15-year exemption on customs duty for Apple, as well as the freedom to keep the back of the iPhone free of regulatory labelling.

Twitter Blue has once again been working on bringing its edit button to the fold. In a new tweet, the premium subscription of the social media platform shows off how the edit function will work both in terms of the user tweeting as well as the general audience seeing the changes. Earlier in September, Twitter...
Steve Vegvari
59 mins ago