If you are a Pokémon fanatic, you can now get all the info on the Pokémon universe from Wolfram Alpha. The “massive knowledge” engine has just added a huge set of Pokémon data including physical characteristics, stats, and images. 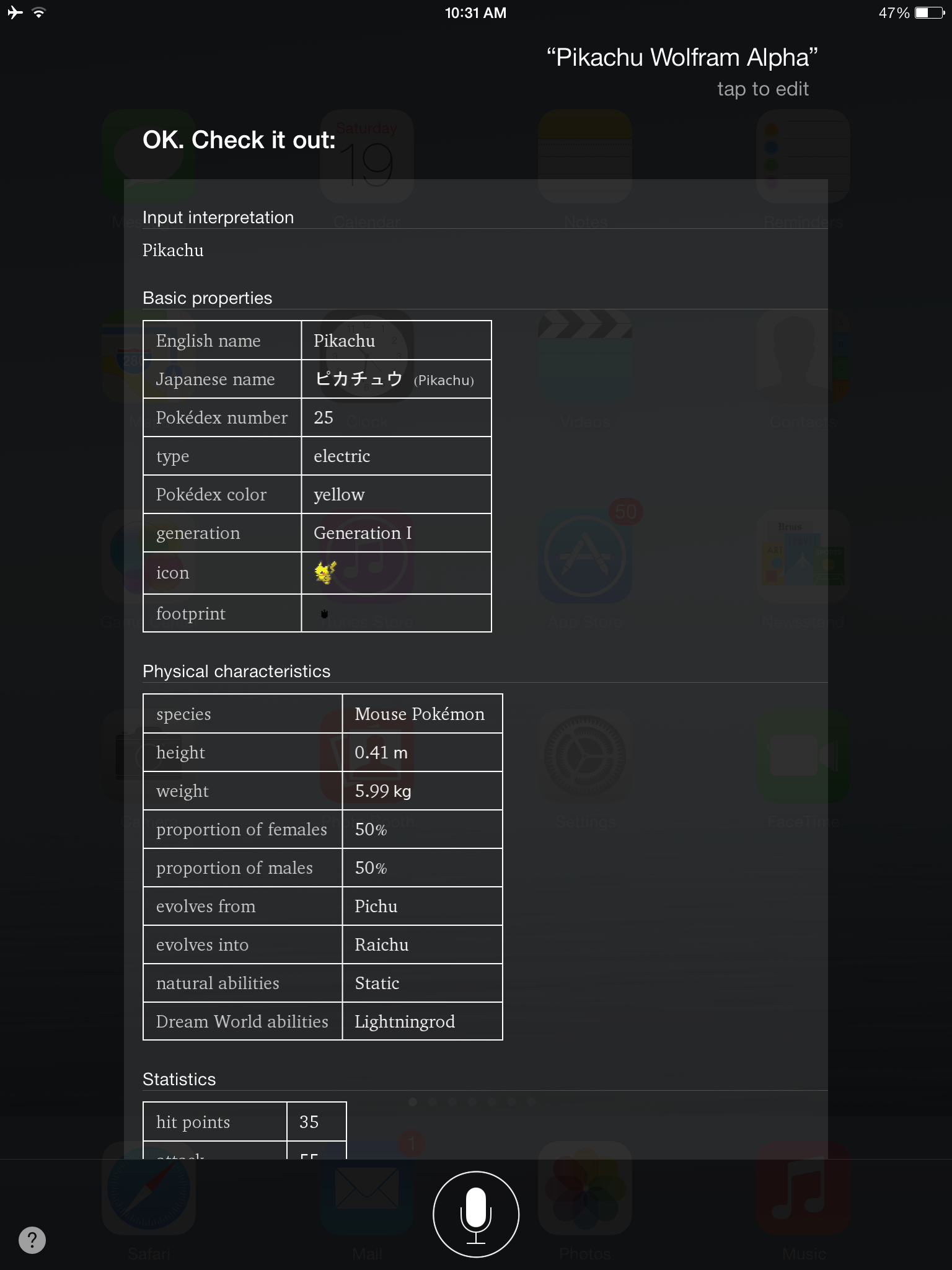 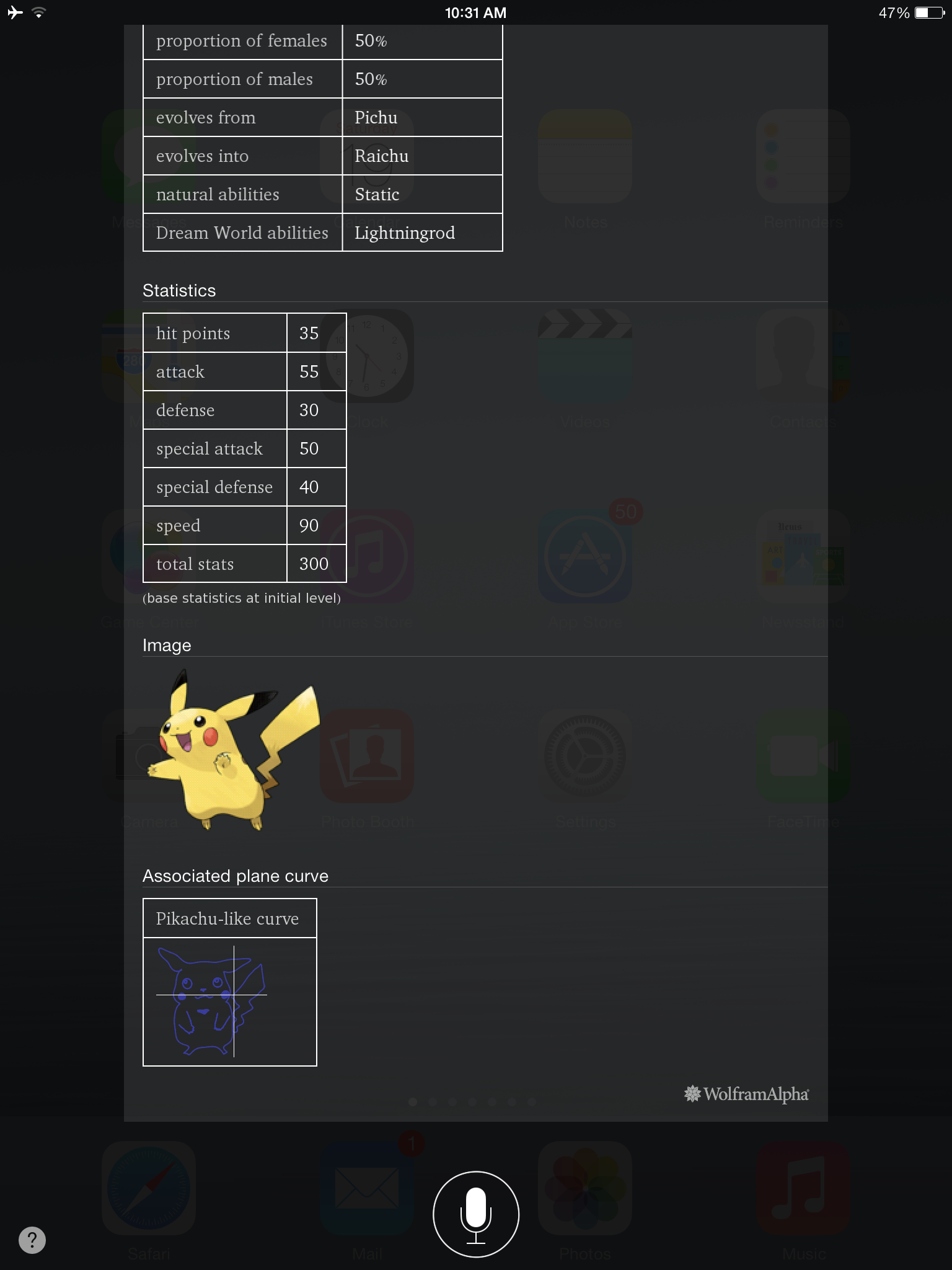 Michael Feltes, from the Wolfram Alpha blog says, “In many ways, Pokémon are an ideal subject for a computable knowledge engine, they have a set of well-defined characteristics with lots of numbers to which we can apply our analytic capabilities.”

There is an extra layer of fun to be had since Siri searches Wolfram Alpha, iOS users can now ask their device about what ever Pokémon they are looking for. Of course, Siri can be a hit-or-miss particularly with tough words like the names of Pokémon characters. Frustratingly, Siri may search Bing or Wikipedia, bypassing Wolfram Alpha’s database entirely.

Wolfram Alpha says that it will be adding data from the new Pokémon X and Pokémon Y games soon, and also wants its users to write in and share what other information they would like to see when searching about Pokémon.