The world’s largest Apple Store is set to open in New York City’s Grand Central Terminal. This was confirmed via the NYT, as they described Apple’s bid process:

When Apple proposed opening a store on the balcony overlooking the main hall, it submitted its bid in linen-lined boxes, as if it were a wedding present to transit officials, a source familiar with the application process said. The board is expected to approve the deal as early as next week, at its monthly board meeting.

The WSJ reveals the terms of Apple’s deal with the Metropolitan Transportation Authority:

Apple is paying Charlie Palmerâ€™s Metrazur restaurant $5 million to vacate its space on the terminalâ€™s east balcony more than eight years before its lease expires. The MTA will get significantly higher annual rent: $1.1 million from Apple vs. $263,997 from Metrazur.

If the MTA board approves Apple’s plans, construction will begin immediately and should take four months. Below are a couple renderings of what the Apple Store will look like: 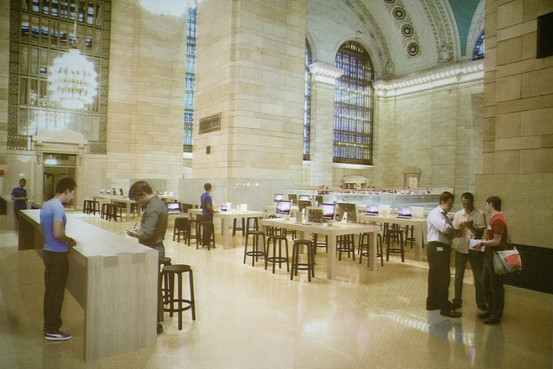 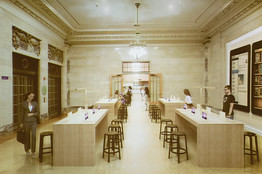 Given the history of Grand Central, and the awe-inspiring architecture of the building, this Apple Store will take full advantage of the foot traffic at the terminal, plus it was noted a new Shake Shack is coming too (their burgers are incredible).