Five years after Tim Cook took over the company as CEO, Apple co-founder Steve Wozniak seems to be extremely impressed by his performance. Speaking at a media roundtable earlier this week in Singapore, Woz said, “I am very happy with the way Apple is going. I very much admire Tim Cook for standing up for the privacy of individuals because my whole life, Apple has meant to me a question of who is more important, the human or the technology” (via CNET). 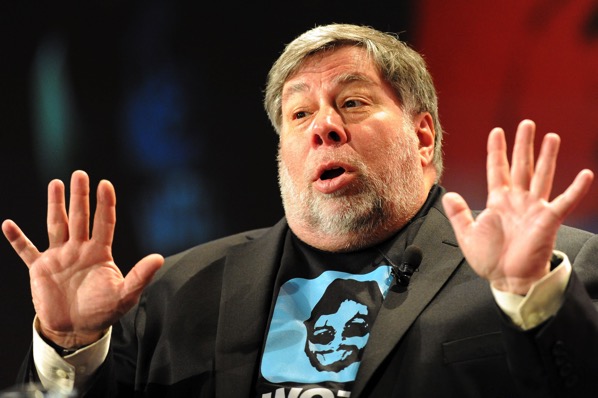 Woz pointed out that when Steve Jobs passed away, a lot of people said that Apple has lost a key force and it won’t be innovative anymore. However, he told them to wait for a couple of years and “don’t be judgmental”. A big positive for him, he said, was how Cook and Apple as a whole handled the recent case of the FBI wanting access to an iPhone linked to the San Bernardino shooting case. “I agree with Tim Cook’s stand on privacy very strongly”.

Wozniak then heaped praise on Cook’s inclusive human resources policy, saying that Cook “has been very open about saying that everybody of different cultures and ethnicities, gender and sexual background are treated the same.” “We have the exact same pay now for women and men and I think we are the only company in technology that has met that goal. I admire him for that,” he said.

He acknowledged the perception that Apple is not innovating as much. However, as far as he’s concerned, the smartphone wars are very much a marathon rather than a sprint. “Sales are still high. Apple’s brand is based not on the features this month or this model,” he said. “Apple’s brand is based on a long legacy of people that are satisfied and happy with how the product works and that continues to be the case.”

He also said that Cook has never “made a product that is real awful and ugly”, and that he’s sure there’s quite a bit going on at Apple regarding new products.