If you haven’t had a chance to watch the WWDC 2013 keynote, Apple has made the video available for download in iTunes, which means you’ll be able to watch it offline anytime you want, as opposed to watching it streamed online. 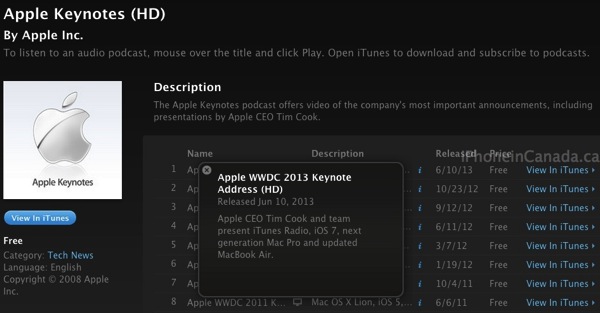 The keynote is available in HD and runs 1 hour and 58 minutes long. Enjoy the show!