Apple Notifies WWDC 2016 Ticket Lottery Winners in Canada and Beyond

Earlier this week Apple officially announced WWDC 2016 would take place June 13-17 in San Francisco. It also launched its lottery application process for developers, which ended this morning at 10AM PDT.

Apple said eligible developers would be notified by Monday, April 25, to purchase their $1,599 USD ticket, but it appears lucky winners have already started to get charged, such as iPhone in Canada reader and developer, Nabil: 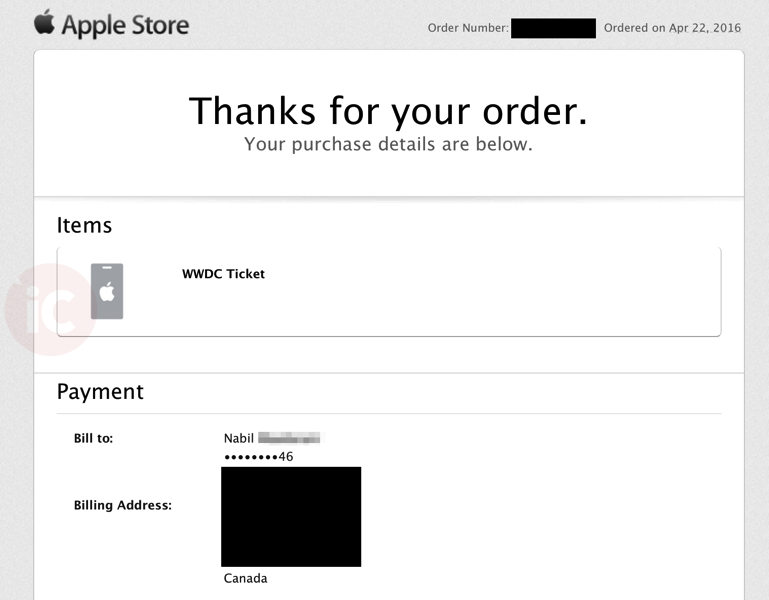 A search on Twitter indicates other users from around the world are also being notified of their ‘golden ticket’, the opportunity to go hands-on with over 1,000 Apple engineers and to network with fellow developers.

The WWDC 2016 keynote will take place at the Bill Graham Civic Auditorium, which has a seating capacity for 7,000 people. The event will also be streamed live around the world.