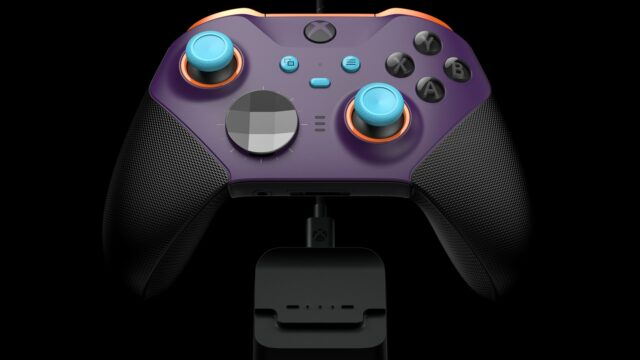 Starting today, players can customize their very own Xbox Elite Series 2 controllers via the Xbox Design Lab website. Now, Xbox’s premium controller can be designed with your favourite colours, making it your own.

As part of the new rollout for Xbox Design Lab, every aspect of the Elite Series 2 controller can be customized. As expected, users can hop into Xbox Design Labs and start choosing from a variety of colour hues to personalize the controller. There’s nearly an endless amount of colour and pattern possibilities available to customize the body, back case, D-pad, triggers, and buttons. Furthermore, players can personalize the controller by laser engraving their name, Gamertag, or message. Though, this is reserved for up to 16 characters.

With this new stage in Xbox Design Lab, Xbox is adding even more options. For the first time ever, players can choose between the traditional cross-shaped D-pad or the eight-point faceted D-pad.

The Xbox Elite Series 2 is the premium controller offered by the company. Many have adopted the controller as it provides many options for customization, especially for competitive play. Aside from a more premium build, the controller offers additional components to swap. This includes the metallic back paddles, which players can map face buttons and other functions. Additionally, there are different shaped thumbsticks. Plus, the Elite Series 2 comes in a carrying case to hold the controller, parts, and charger. The controller also has a built-in battery. The battery is said to offer up to 40 hours of playtime before a charge is required.

Xbox Elite Series 2 controllers are compatible with Xbox One, Xbox Series X/S, PC, and mobile devices via wireless and Bluetooth.