Continuing its blatant Apple-cloning streak, Xiaomi has just launched ‘Mimoji’ 3D avatars, which as the name implies, appear and function much like Apple’s Memoji by allowing users to create and design their own characters and use them in their text conversations (via MacRumors). 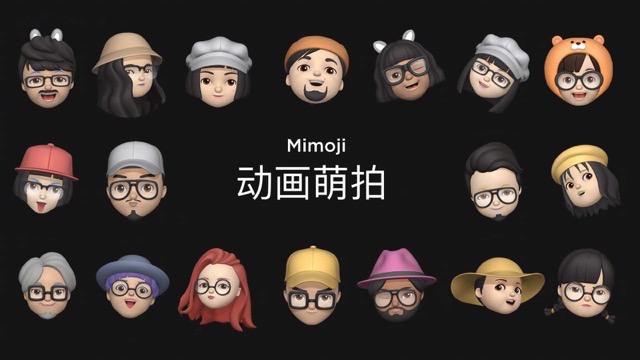 Xiaomi has introduced Mimoji as part of the launch of its new CC9 phone series, that is set it makes its debut later this week in China. Although the idea of personalized 3D avatars dates to way before Apple introduced Memoji, the Chinese copycat’s decision to name its offering as Mimoji, however, clearly appears to have been inspired by the Cupertino giant.

Looking at the Mimoji avatars above, one can easily make out the uncanny resemblance to Apple’s Memoji.

Xiaomi’s avatars bear a striking resemblance to the avatars and customization options offered by Apple, down to similar hats and art styles. On iPhone, users can create and customize their Memoji, and then send them as videos or stickers in Messages, and it appears that Xiaomi’s Mimoji will act in a similar fashion.

Last year, Xiaomi had copied the iPhone maker by launching the equivalent of Apple’s Animojis on its Mi 8 smartphone.