Sony has just announced the Xperia 1 III — its latest flagship device that’ll compete with the best Android phones around. 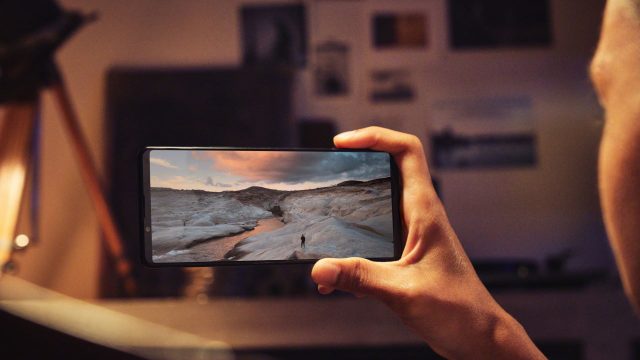 Sony Mobile revealed the third generation of its flagship Xperia 1 smartphone during an online event today, reads a new report from The Verge.

Continuing to follow the naming structure of the Sony Alpha cameras, the Xperia 1 III offers a very similar design to its predecessor — the Xperia 1 II — but with several upgrades.

“Today we’re introducing two new Xperia models that are significant for both Sony and the industry as a whole,” commented Neal Manowitz, President and COO of Sony Electronics Inc. “Drawing on our leadership in imaging, display and audio technology, we’re proud to debut the world’s first smartphone with a 4K 120Hz display and the world’s first smartphone with a variable telephoto lens.”

The main highlight of the Xperia 1 III is the fact that it’s the world’s first phone to combine a 4K OLED display with a 120Hz refresh rate on its 6.5-inch 21:9 screen. Sony has previously offered such high-resolutions on the Xperia 1 and Mark 2 before, but doubling the refresh rate this time around should make for an actual, noticeable difference to the viewing experience.

Unlike the power-efficient QHD 120Hz variable refresh rate displays on rivals like the Samsung Galaxy S21, Sony’s 4K panel is fixed at 120Hz, which should make for some interesting screen-on time and battery life figures.

Sony has increased the capacity by 500mAh over the Mark 2 for a 4,500mAh unit on this phone and added 30W fast charging that’ll charge it to 50 percent in 30 minutes. There’s now also support for reverse wireless charging.

Another one of the biggest new features in the Xperia 1 III is the introduction of a variable telephoto lens in its triple camera setup. The optical telephoto module (with Dual PDAF sensors) has two focal lengths (70mm and 105mm) using a folded periscope lens design which allows users to capture moving objects with fast autofocus at a distance.

Sony also uses what is calls new AI super-resolution zoom, adding detail and definition to images without compromising the precision of photos.

Sony has yet to announce the price for the Xperia 1 III, though we don’t expect it to fall under the $1500 CAD mark in Canada.