To celebrate Earth Day, Apple today announced a new project that celebrates both the Earth and the wildlife that inhabits it. 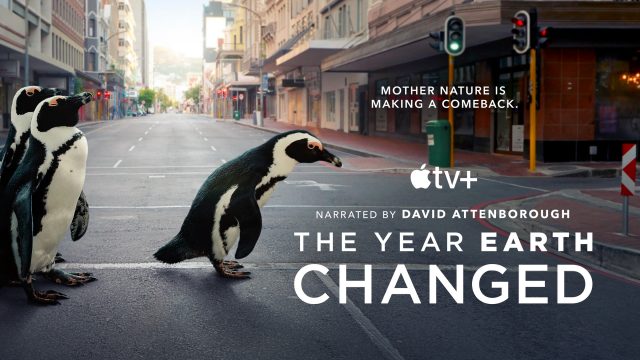 A new press release from the Cupertino company announces “The Year Earth Changed,” a new documentary that explores the changes in human behavior as a result of the pandemic, and how nature and wildlife were affected by those changes.

Showcasing exclusive footage from around the world after an unprecedented year, “The Year Earth Changed” is a timely documentary special that takes a fresh new approach to the global lockdown and the uplifting stories that have come out of it. From hearing birdsong in deserted cities, to witnessing whales communicating in new ways, to encountering capybaras in South American suburbs, people all over the world have had the chance to engage with nature like never before. In the one-hour special, viewers will witness how changes in human behavior — reducing cruise ship traffic, closing beaches a few days a year, identifying more harmonious ways for humans and wildlife to coexist — can have a profound impact on nature. The documentary, narrated by David Attenborough, is a love letter to planet Earth, highlighting the ways nature bouncing back can give us hope for the future.

The documentary will present exclusive footage from across the globe over the past 12 months. Taking a look at the global lockdown that occurred due to the coronavirus pandemic, the doc will examine various uplifting stories that arose throughout the difficult year.

The documentary will show off whales communicating in new ways, birds singing in otherwise deserted cities, a range of animals making their way into suburbs and exploring the quiet areas, and more. People have been able to “engage with nature like never before” due to the imposed lockdowns, reads the press release.

“During this most difficult year, many people have reappraised the value and beauty of the natural world and taken great comfort from it,” said Attenborough. “But the lockdown also created a unique experiment that has thrown light on the impact we have on the natural world. The stories of how wildlife responded have shown that making even small changes to what we do can make a big difference.”

Apple says the upcoming wildlife documentary is a “love letter to planet Earth,” and is meant to show how nature “bouncing back” can give hope for the future.

“The Year Earth Changed” will be released on April 16. Apple TV+ will also be releasing new episodes of its documentary series “Earth At Night in Color” and “Tiny World” on the same date.