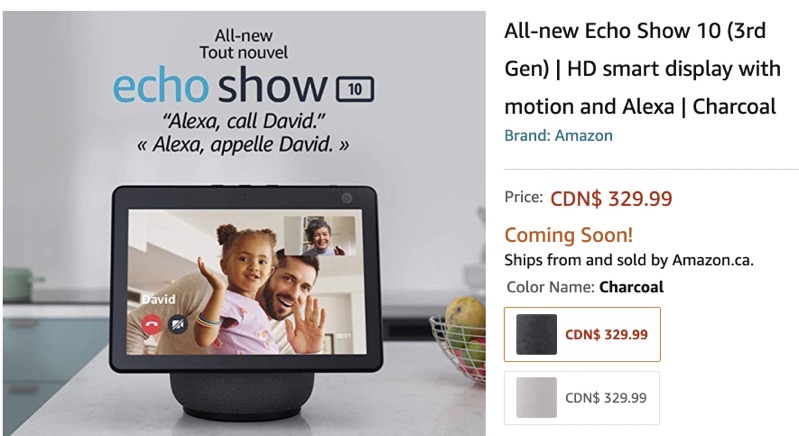 The new Echo Show 10 is of course powered by Amazon’s Alexa assistant. The 10.1-inch HD screen now will move by itself and turn to face you, during video calls or when you’re watching video.

Leveraging auto-framing, the 13 MP camera will pan and zoom to make you the focus during video calls. The display can also show your Amazon Photos like a digital frame, while the screen uses adaptive colour to adjust to the light temperature of your environment.

While you’re away, you’ll be able to leverage the built-in camera to pan around your room up to 175 degrees to see what’s happening. Watch out, fido.

The new Echo Show 10 has a 2.1 audio system with a pair of 1-inch tweeters and a 3-inch woofer, while also supports WiFi 6.