You Can Now Tap Debit Cards and Mobile Wallets on UP Express, Says Metrolinx 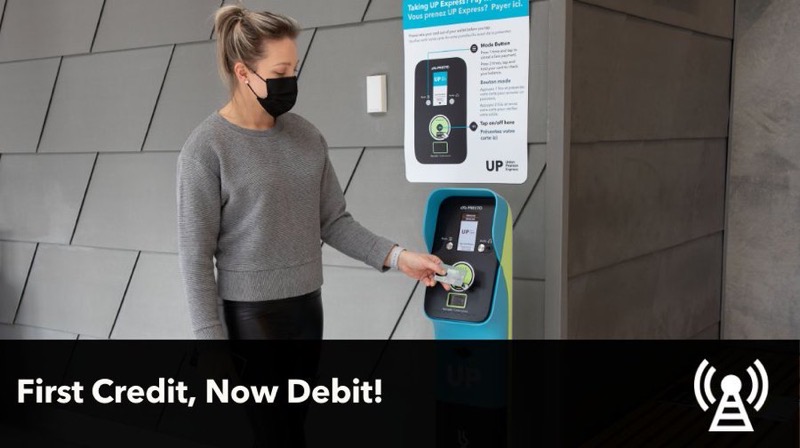 Toronto’s Metrolinx has announced you can now tap with a debit card and a debit card loaded into a mobile wallet on a smartphone or smartwatch (such as the Wallet app on iPhone and Apple Watch) for rides on the Union Pearson Express, or known as the UP Express, the rail link between Union Station in Downtown Toronto to the Toronto Pearson International Airport.

A new pilot was started back in March for contactless payment options on UP Express, which started with credit cards and mobile wallets for payment, explained Metrolinx in an email to iPhone in Canada.

The same pilot has now expanded to bring debit cards as a payment option on UP Express. This means travellers can now tap on and off the UP Express with Interac Debit, Visa Debit and Debit Mastercards, plus when they are within mobile wallets as well.

“This not only means more choice and convenience for UP Express customers, it also makes us the first transit agency in Canada to offer a Canadian contactless debit option as a way to pay,” said Nitish Bissonauth, Media Relations, Metrolinx, in a statement to iPhone in Canada.

When debit customers tap their card, a temporary $15 pre-authorization might be placed, even if actual fares are lower. This amount might be held by your bank until PRESTO tabulates the final fare and charges your account, typically within 24 hours.

After the UP Express pilot, PRESTO says it will be rolling out credit, debit and mobile wallet payments to more transit agencies across the region.

Many travellers are hoping for direct integration of PRESTO cards into mobile wallets, such as the Wallet app on iPhone. When asked if there were plans to integrate the latter, the PRESTO card team answered, “We are always looking into other options. Keep an eye on our social media for any updates.”