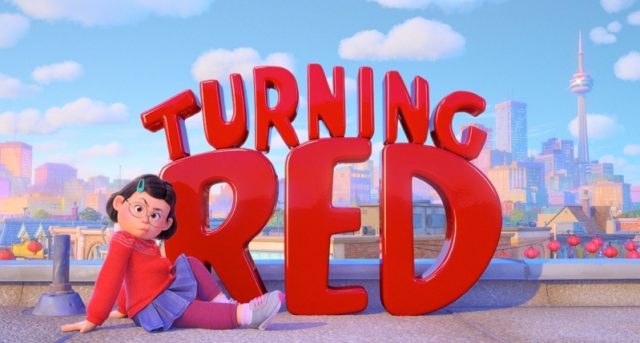 Kareem Daniel, Chairman, Disney Media & Entertainment Distribution, explained that the decision is a result of the delayed box office recovery for family films.

However, it is likely that expected cinema closures across the globe due to COVID-19’s resurgence with the Omicron variant also factored into the move. After all, bigger box office names have passed over theatrical releases or been delayed altogether because of the pandemic.

“Disney+ subscribers around the world enthusiastically embraced Pixar’s Academy Award-winning Soul and the critically-acclaimed Luca when they premiered exclusively on the service and we look forward to bringing them Pixar’s next incredible feature film Turning Red,” said Daniel on Friday.

“Given the delayed box office recovery, particularly for family films, flexibility remains at the core of our distribution decisions as we prioritize delivering the unparalleled content of The Walt Disney Company to audiences around the world.”

Here’s the synopsis for Turning Red, which takes place in Toronto:

Disney and Pixar’s Turning Red introduces Mei Lee (voice of Rosalie Chiang), a confident, dorky 13-year-old torn between staying her mother’s dutiful daughter and the chaos of adolescence. Her protective, if not slightly overbearing mother, Ming (voice of Sandra Oh), is never far from her daughter—an unfortunate reality for the teenager. And as if changes to her interests, relationships and body weren’t enough, whenever she gets too excited (which is practically ALWAYS), she “poofs” into a giant red panda!

In international markets where Disney+ is not yet available, Turning Red will be released in theatres, with premiere dates to be announced.

Meta is finally making digital collectibles available to everyone on Instagram in Canada, by enabling them to share and display their NFTs on the social media platform. Web3 technologies like blockchain and tokens like NFTs are an important aspect of the economic and community-building potential of the metaverse. Meta says enabling NFTs on its platforms...
Usman Qureshi
22 mins ago

In partnership with the Orange Shirt Society, Meta has announced the launch of a new AR effect on Instagram titled “Orange Shirt Day” to raise awareness about the impact of the residential school system. The effect, developed in collaboration with the National Centre for Truth and Reconciliation (NCTR), is inspired by the experience of residential school...
Usman Qureshi
46 mins ago

Apple has removed The OG App, an ad-free and suggestion-free Instagram client created by a startup called Unf1feed, from the App Store — reports TechCrunch. The iPhone maker explained in a statement to TechCrunch that The OG App was removed earlier this week for violating Instagram owner Meta's terms of use for the service, which in...
Nehal Malik
47 mins ago