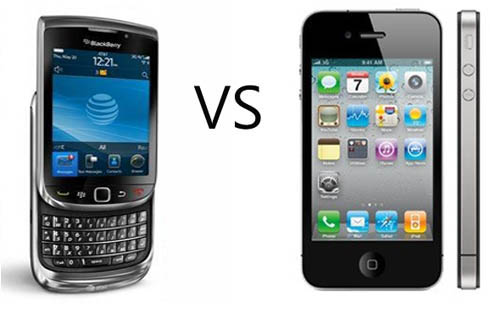 At the recent Web 2.0 summit in San Francisco, RIM Co-CEO Jim Balsillie expressed his thoughts on the current app-centric model that exists in the smartphone era. Here are some interesting highlights from what he had to say:

“We believe you can bring the mobile to the Web, but you don’t need to go through some kind of control point.”

“It is really not about a set of proprietary rules or about appifying the Web,”

“The Web needs a platform that allows you to use your existing Web content, not apps.”

He predicted that the era of smartphone applications would “pass real quick.”

When asked what he would say to Jobs if Apple’s iconic pitchman were to appear at the Summit, Balsillie replied his first comment would be “You showed up.“

Maybe Balsillie is still angry from being called out by Steve Jobs during a recent Apple Q4 Conference Call (Jobs said RIM has a ‘high mountain to climb ahead of them‘), but the app-centricÂ  model is here to stay. It’s not going anywhere. The web was built for computer browsers, not for tiny smartphone screens. Apps make accessing websites easier to use.

Have you tried viewing a normal web page on a Blackberry browser? It’s downright painful. Even on Mobile Safari some websites can be difficult to access. Apps change that. Compare Facebook on the web versus the Facebook iPhone app. The two experiences are vastly different.

Is Balsillie trying to downplay the purpose of apps, because RIM is so far behind? If apps aren’t the way of the future, what is the alternative solution? Balsillie is probably trying to get into the limelight to hype up the PlayBook even more. RIM’s 7″ tablet is slated to be released in the Spring of 2011, and will run Flash. By the time the PlayBook is out, it will already be overshadowed by competitor tablets and most likely iPad 2.

What do you think? Do you agree or disagree with Balsillie that the app era will soon come to an end?