Google has released version 13.01 of the YouTube app for iOS devices, and some users have reported that a new “Dark Theme” mode is now available to turn on in the updated app’s settings. 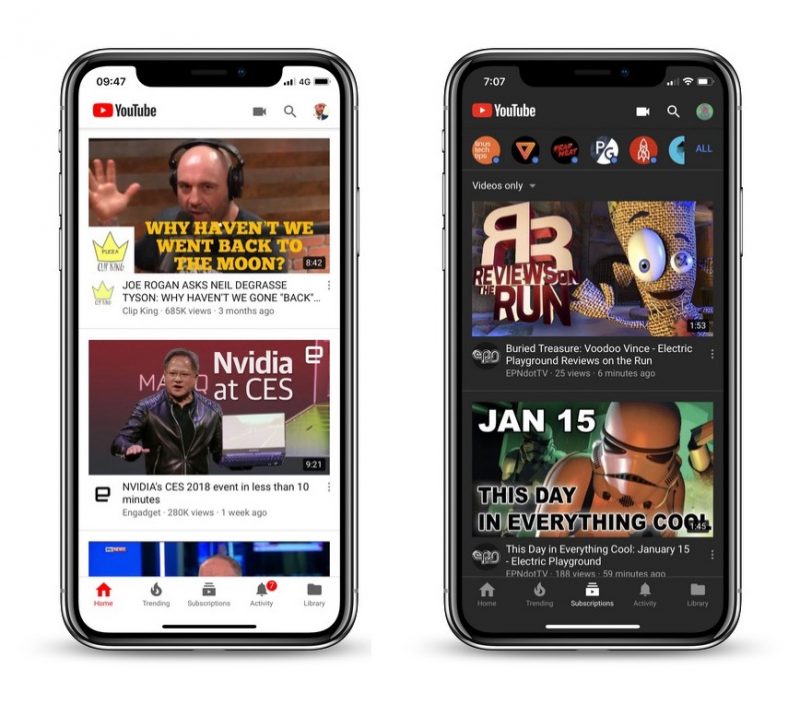 According to a report from MacRumors, Reddit user Dean Cobb revealed on Monday night that a new dark mode was already live as an option in the Settings section of the app after updating to version 13.01.4.

The new dark theme for the YouTube iOS app is only accessible to a limited number of users. According to the report, this new theme for the app is likely part of a server-side A/B test, which may be the reason why not all iPhone users are able to access it. The version 13.01 update’s release notes only said that it includes “fixes and stability improvements.”

When you do get the update, activating the dark theme is simple. Just tap the account icon in the top-right corner of the display, then tap “Settings.” If you do have the option to switch to the dark theme, you’ll find it to be the first option under YouTube. Simply tap the slider to switch between dark and light themes.

A dark theme serves two purposes – helping to ease the strain on eyes when browsing videos at night, and saving power on AMOLED display screens. A Dark Theme would be most welcome, especially when the feature has been received well on the desktop version.

Meanwhile, the Android app should receive the same functionality soon. Once this happens, all of YouTube’s apps will be in line with one another as well as the desktop version of the video hub that also received a dark mode a few months ago.

Apple has highlighted some accessibility features available on its devices such as iPhone and Mac, using YouTube Shorts to do so (hence the portrait orientation). The company demonstrated Sound Recognition and Facial expression switches by reaching out to social media influencers such as Scarlet May and Illy Willie. The videos below were showcased on Saturday: […]
Gary Ng
31 mins ago