YouTube says they have “reimagined” a new app from scratch, called YouTube Go. The app was inspired by the market in India, where barriers to YouTube include connectivity and older generation Android handsets. 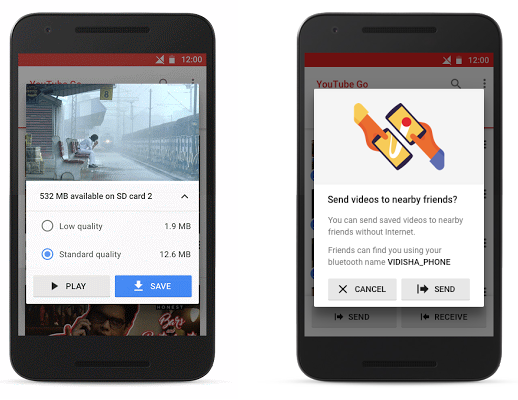 The answer was YouTube Go, aimed for the “the next generation of viewers.” It comes with video recommendations, built to view videos offline or work with little to low connectivity, reduces data usage and has an option to share videos with friends over Bluetooth.

YouTube will also offer short preview videos by tapping on thumbnails, resolution options, plus the ability to choose how much data you want to use on particular videos.

Johanna Wright, Vice President of Product Management, YouTube, explains they are launching the app in India first, but will “gradually” roll the app out to more markets over the next few months.

No word if this means it’s coming to iOS, since this initial build is for Android only (and emerging markets), but for those with limited data plans in Canada, it could be a pretty nice app to have for watching offline videos while commuting.