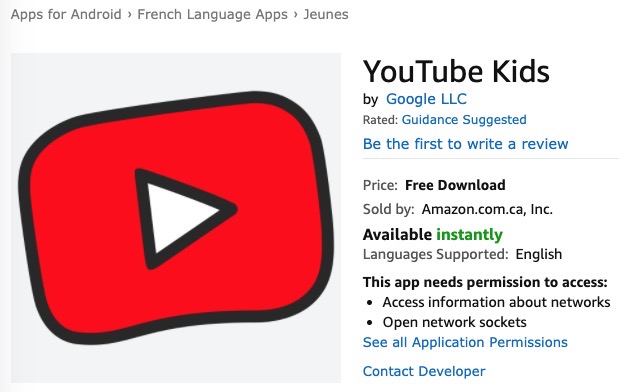 Amazon has announced the YouTube Kids app is now available on Fire TV, expanding a kid-friendly version of the streaming app to its media platform, the company told iPhone in Canada in a statement.

YouTube Kids allows parents to setup profiles for kids and also offer significant control over what children are able to watch on YouTube, along with time limits and video history. The mode ‘Approved Content Only’ means parents can hand-pick what shows their kids can watch. This mode also disables search.

YouTube Kids continues to expand its reach this year, as back in May it finally landed on Apple TV.