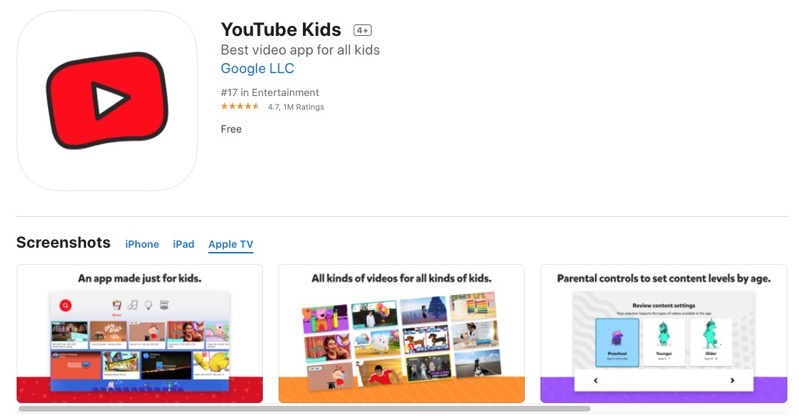 Google has finally released YouTube Kids for Apple TV 4/4K, bringing a safer version of the app to your television for your kids.

“We are excited to introduce YouTube Kids on Apple TV — families can now download the app from the App Store on Apple TV!”, explained a Google employee.

After downloading YouTube Kids for Apple TV (4K or HD), the app can be used with or without signing in with a Google Account. The app supports being opened by the Siri Remote by saying, “Hey Siri, open YouTube Kids.”

Signing in to the app allows for parental controls, which will be transferred over from an existing account to your TV.

YouTube Kids for iOS launched in Canada back in November 2015, so it’s been a nearly four year wait for the app to hit Apple TV.