YouTube has officially launched its TikTok competitor ‘YouTube Shorts’ in over 100 countries around the world. The new service is currently in beta and can be accessed via the YouTube app on PC, iOS and Android.

In 2020, YouTube first launched YouTube Shorts in India for the first wave of testing. The company then took the service to 26 additional countries, including Canada and the US. Now, the company has expanded its horizons by bringing 100+ countries into the fold, as reported by Engadget.

TikTok has been nothing short of success over the last two years. Now, YouTube is entering the space of prioritizing short-form videos in its latest creation, YouTube Shorts. Giving users the ability to create short-form videos, YouTube Shorts offers similar creation tools as TikTok. Creators will also be able to sample audio from YouTube videos and use them within their Shorts. 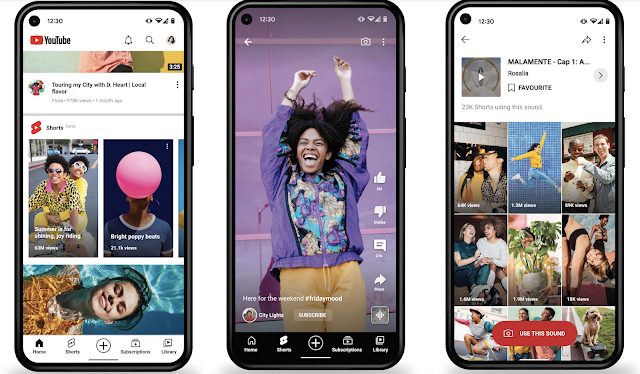 Meanwhile, Instagram and Snapchat have both been trying their best to dominate the space carved out by TikTok. Instagram Reels has been attracting more and more creators due to its deep integration into the main Instagram app and toolset. However, as one can see on the platform, Reels is a place where TikTok videos have migrated over pretty heavily. Snapchat on the other hand has been attempting to bolster its Spotlight section.

TikTok has been experimenting with new tools and features. Recently, the company began enabling all users to create videos up to three minutes long. The app will also soon be rolling out to Amazon Fire TV, Android TV, and Windows 11.