As we lined up overnight on the eve of the iPhone 4 launch in Canada, we were sponsored by our friends at ZAGG. They graciously donated a tonne of free invisibleSHIELD swag that we gave away to people in line, via word of mouth and twitter.

People really enjoyed getting free invisibleSHIELDs for their iPhone 4s and iPads! We had lots to giveaway and we even got some of the footage on camera. Thanks to @anothersamchan and @acwinwong for filming and editing the video.

We can’t forget the folks on the blog, so leave a comment below to win a free full body invisibleSHIELD for your iPhone 4. Don’t forget to read our full iPhone 4 review here!

Get a part of iPhone 4 History, Buy your iPhoneinCanada.ca “I was there 4 it!” Tshirt!

Thanks to the help of Joshua from ThinkWebStrategy, Pierre Tabbiner Design, Tim fromÂ Kwik Kopy Calgary, and Tejpal fromÂ 1234pens.com, we got some amazing tshirts made for launch day.

The front reads the famous line from Steve Jobs, “Just don’t hold it that way.” Below, is a line that says “I was there 4 it!”. It’s a pretty awesome tshirt and if you waited in line on iPhone 4 launch day, you’re going to want this tshirt.

You can now buy it from the iPhoneinCanada.ca Cafepress Store. Own a piece of history today! 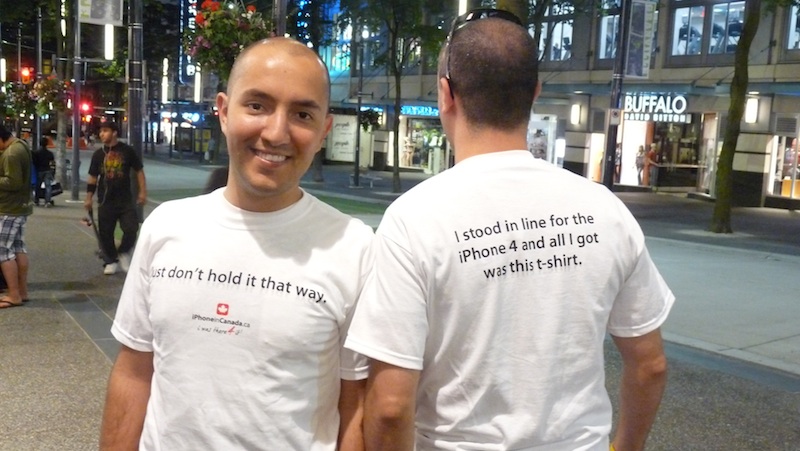 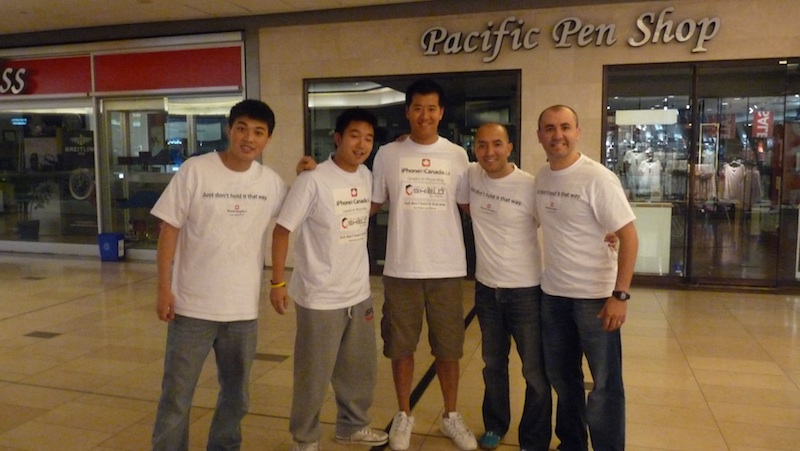