As noted by the folks over at MacRumors, the Zoom app for iOS has today received a major update, which also brings support for the iPad Pro’s new Center Stage feature. 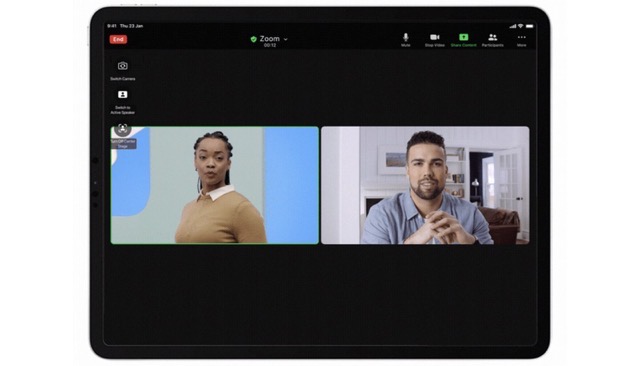 For those who aren’t familiar, the new iPad Pro includes a front-facing Center Stage ultra-wide camera function that uses machine learning to automatically detect people in the frame, panning and zooming to keep them in view during FaceTime calls.

Center Stage recognizes when other people join or exit a call, and automatically adjusts the camera position to fit everyone in. Following today’s update, the Zoom app for the iPad will also support this feature.

With support for Center Stage, you can participate more naturally in our Zoom video calls. Never again worry about whether you’re out of frame during a workout, teaching a class, or celebrating with friends and family over Zoom.

In addition to Center Stage, Zoom is also gaining support for an expanded Gallery View, so those using the 12.9-inch ‌iPad Pro‌ can see up to 48 video tiles while the iPad is in landscape mode.

You can grab the latest update for the Zoom iOS app via the following App Store link.