For cyclists out there, you can either #HTFU (Rule 5) and ride throughout the winter, or take your spinning inside by using Zwift, which brings your boring indoor trainer to real life. The application allows you to virtual ride on real courses against others in real-time, with your speed determined by connecting to your bike’s cadence, speedometer and power meter (if you have one).

Zwift recently announced they were accepting beta invites to try their upcoming iOS app, and those invites started rolling out yesterday. As per Zwift’s email:

iOS Beta testing is underway! The first invites went out over the weekend. We’ll continue to roll out invites throughout the month, so keep an eye on your inbox.

The response to join the Beta Testing Community has been overwhelming. Apple only gives us a small number of beta accounts, so spaces are limited. Selections are made to ensure the broadest testing group, that way we can deliver the best experience possible.

Don’t worry, even if you don’t get invited we’ll keep you updated and let you know as soon as Zwift for iOS is publically available.

Here are screenshot teasers—below are from the iPad Pro: 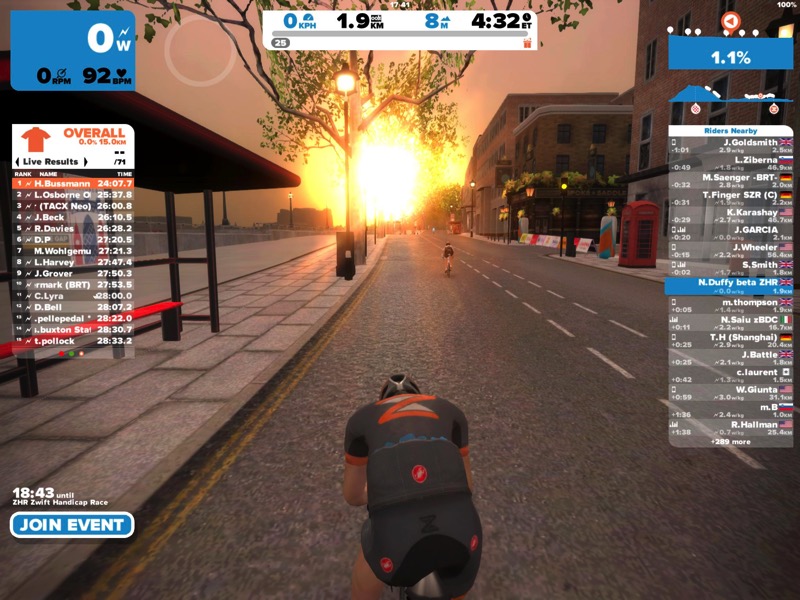 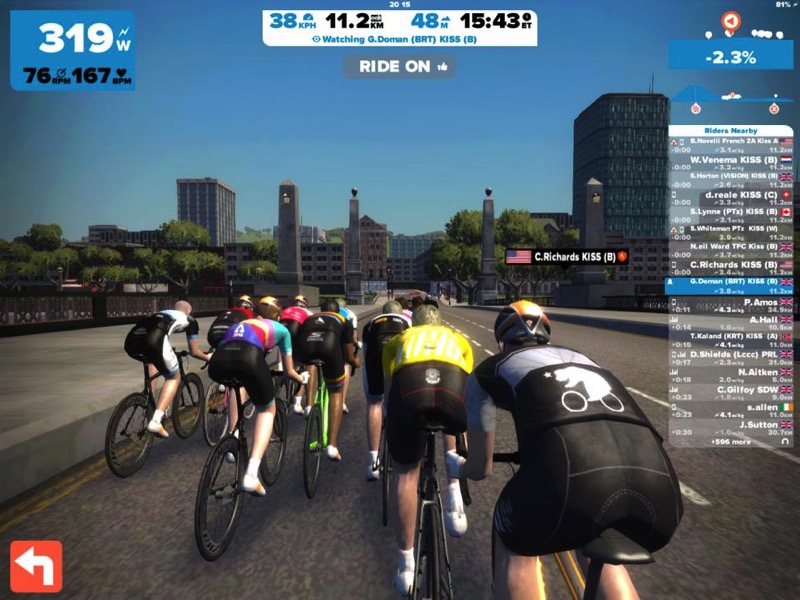 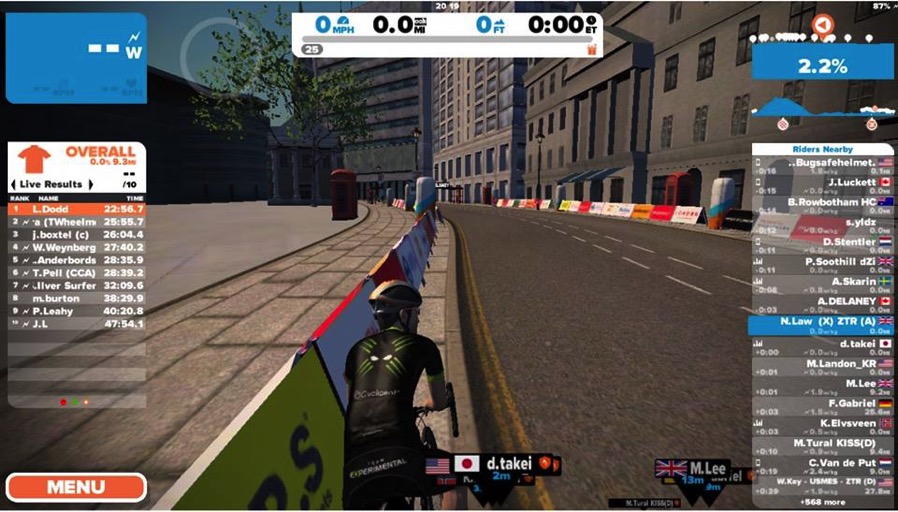 The iOS screenshot looks just like the web version of Zwift, but does not require your computer, making the ‘game’ much more portable. Zwift says they have limited their beta to roughly 1,000 users, and one major factor of getting chosen to test is determined by the amount you use Zwift. 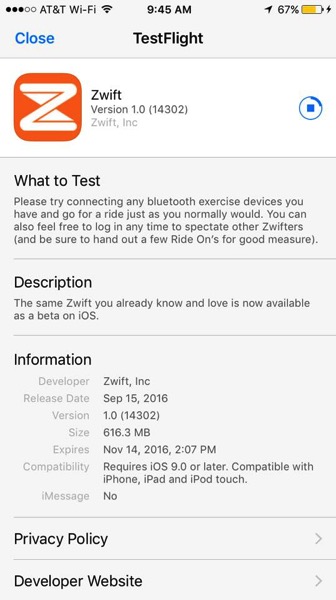 The size of Zwift for iOS comes in at around 700MB, about half of the 1.3GB download for Mac/PC. So far, Zwift has stated they have reduced the iOS file size to 616MB, with “more savings to come”. But as they add more courses and other expansions, the initial download could increase, says Jon Mayfield from Zwift.

The following iOS devices will work with Zwift:

Beyond Zwift for iOS, a dedicated app for tvOS and Apple TV 4 users would make things really easy as well. For an overview of Zwift iOS beta, check out DCRainmaker’s hands-on here.

We plan to use Zwift to take our riding indoors to compete with friends when it gets really nasty outside (that is until we get a winter bike). You can stalk me on Strava here.

Anyone using Zwift out there?