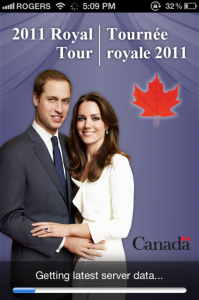 The Federal Government and the Department of Canadian Heritage have launched a new iPhone app to help promote the 2011 Royal Tour by Duke and Duchess of Cambridge. Prince William and Kate Middleton will be making a nine-day tour of Canada that starts on June 30th. The Royal Tour 2011 iPhone app will help you keep track of the entire event, and is the first official app created for a Royal Tour.

Get updates from the Department of Canadian Heritage on the 2011 Royal Tour as Canada welcomes Their Royal Highnesses The Duke and Duchess of Cambridge from June 30 â€“ July 8, 2011.

This app will be your main source for photo and video updates of the tour. Check out what is being said on Twitter or RSVP for public events via the official Crown in Canada Facebook page. You can also send postcards to your friends and family and share how you plan on celebrating the 2011 Royal Tour.

A full itinerary is also included with the app so you are always up-to-date on where the Royal Couple is during their stay in Canada. 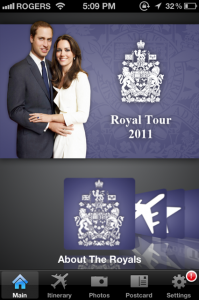 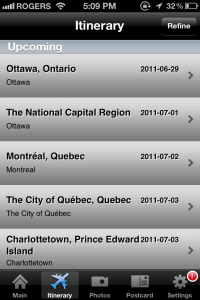 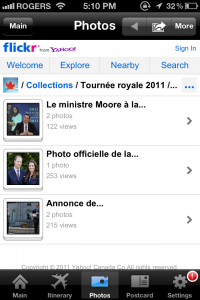 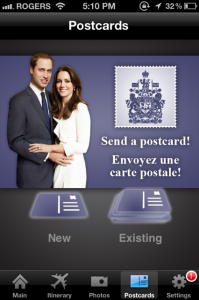 The app contains essential information about the Royals, their full day-by-day itinerary by city, photos from their Flickr page, ability to send postcards, and social sharing options via twitter and facebook. Looks like our tax dollars have been put to good use. Too bad there isn’t a stop to British Columbia.

Are you going to check out the Royal Tour when it drops by your city? This app seems like the perfect companion and resource.