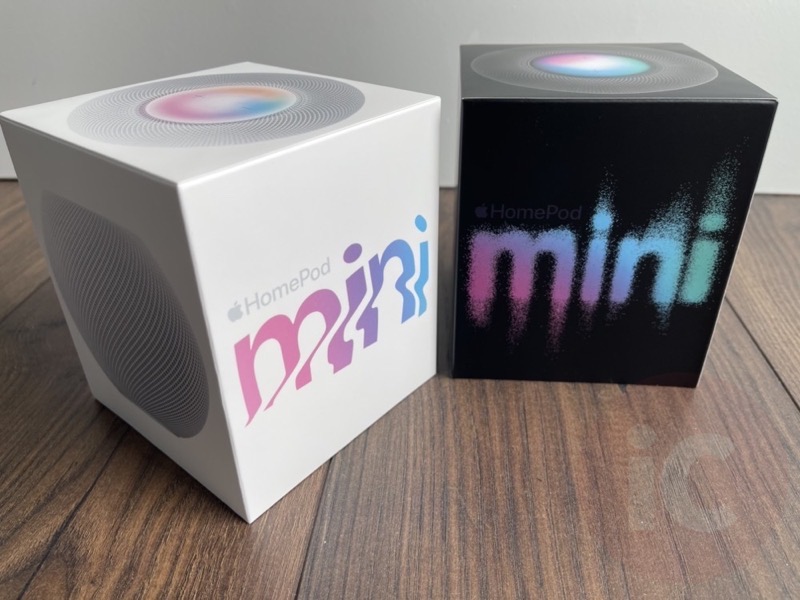 One of the most “affordable” Apple products this holiday season is its new HomePod mini smart speaker. We ordered two of these HomePod minis to test—here’s our quick review of how the speaker compares versus the Amazon Echo, Nest Audio, Sonos One and original HomePod. 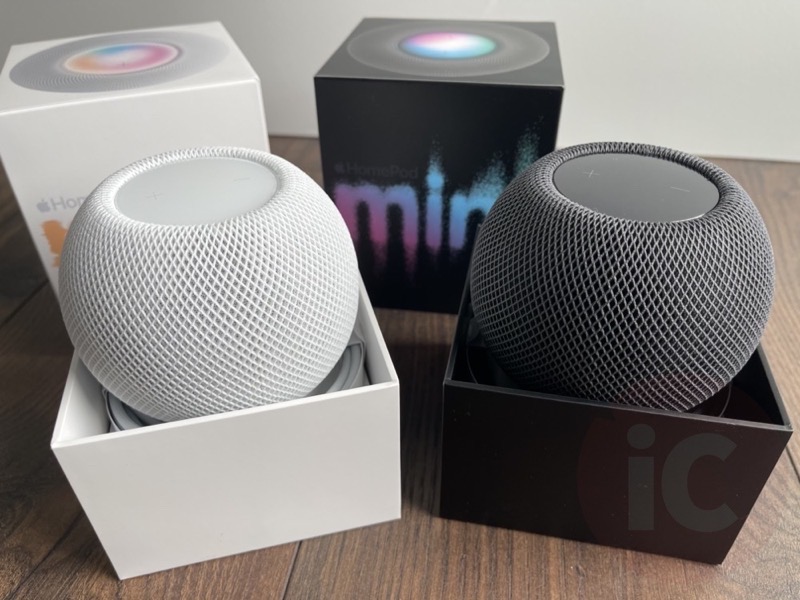 If you need more than a Haiku review, read on. In a nutshell, these speakers sound decent and have a ‘cheap’ price tag for an Apple product at $129 CAD.

The HomePod mini is smaller than it looks once you open the box for the first time. That is if you can figure out how to open the cardboard it delivers in first. Look for the black arrow pull tab along the middle, before you start destroying the bottom or top of the box (it’s like superglue).

This is one of the only Apple products in 2020 the actually includes a 20W AC adapter, of the USB-C variant (zing!). The cable attached to the HomePod mini cannot be removed. Everything is neatly packed tight into the box, for the environment of course. You do get an Apple sticker, if you’re wondering. 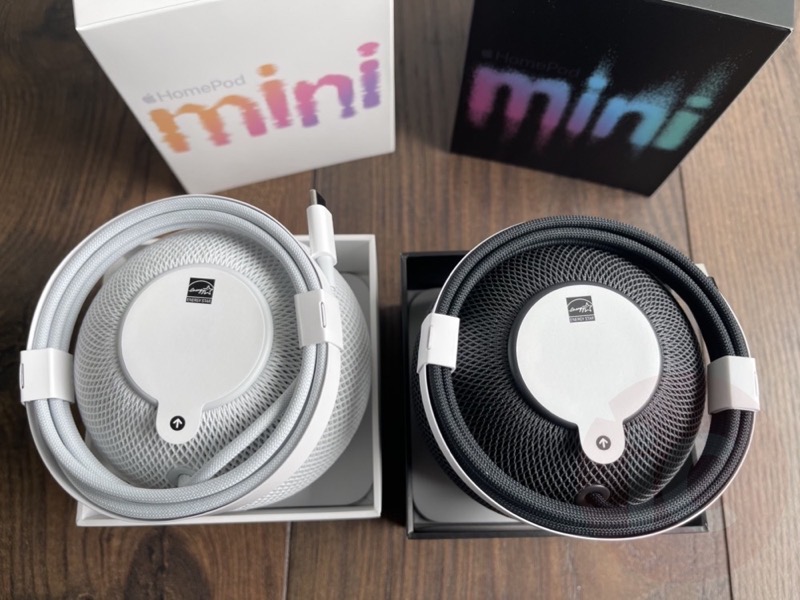 Notice how the space grey HomePod mini gets a black-coloured arrow around the instructions. Details, right? 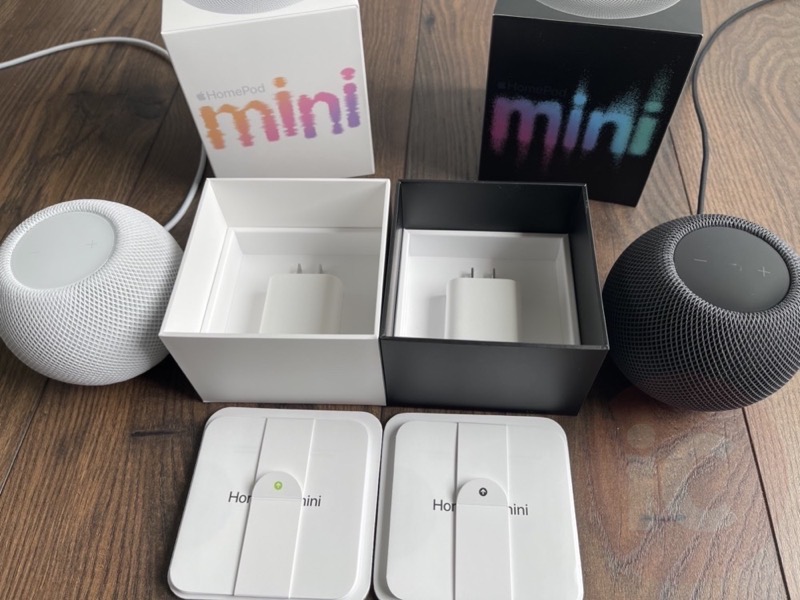 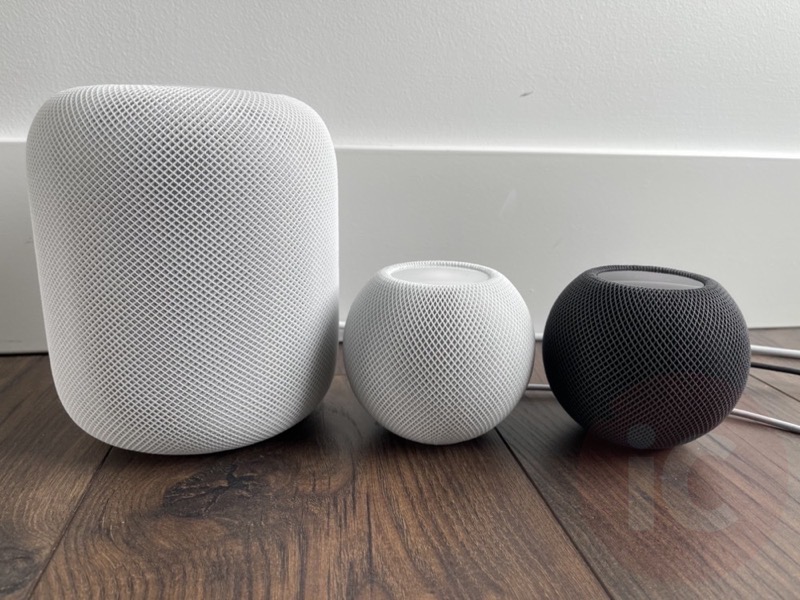 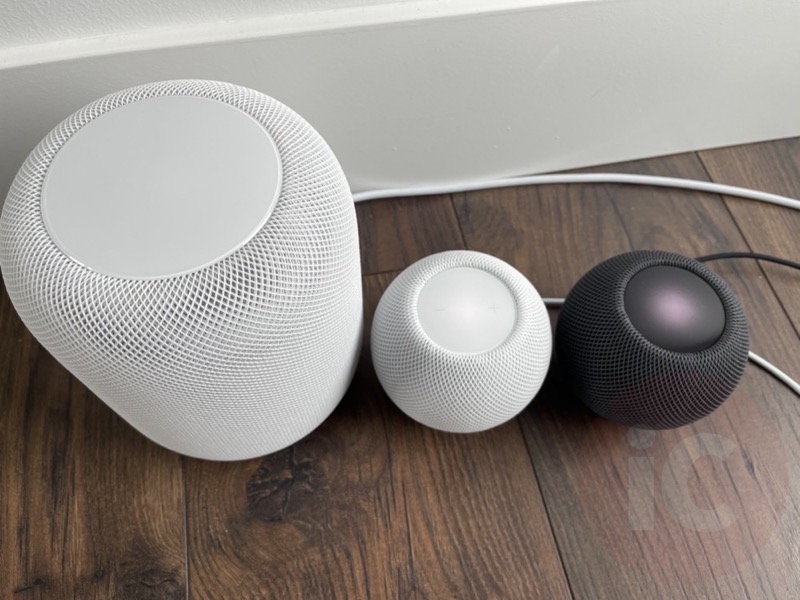 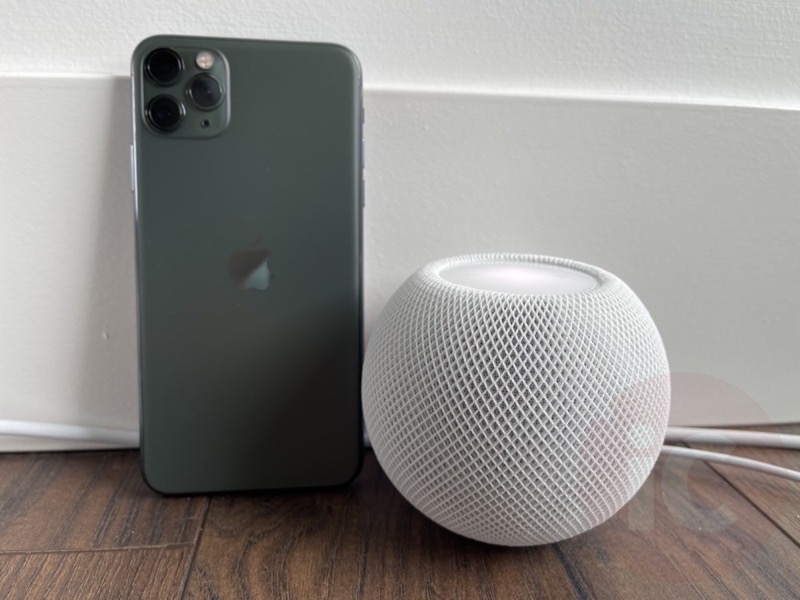 Here’s HomePod, HomePod mini, Amazon Echo (2020), HomePod mini, Nest Audio and Sonos One all hanging out. I think the HomePod mini design could have been larger so it doesn’t look out of place while placed throughout your home. I still can’t decide if I like spherical speaker designs or not. Too many ‘magic 8-ball’ vibes: 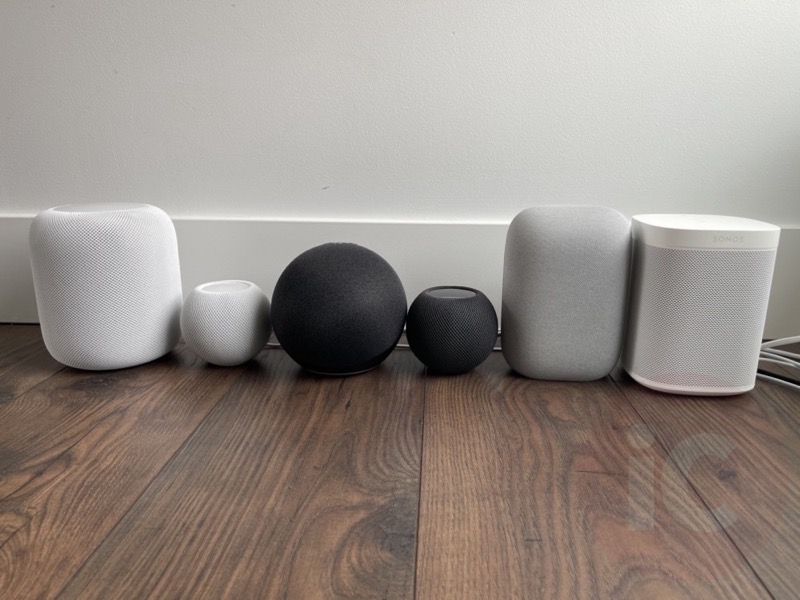 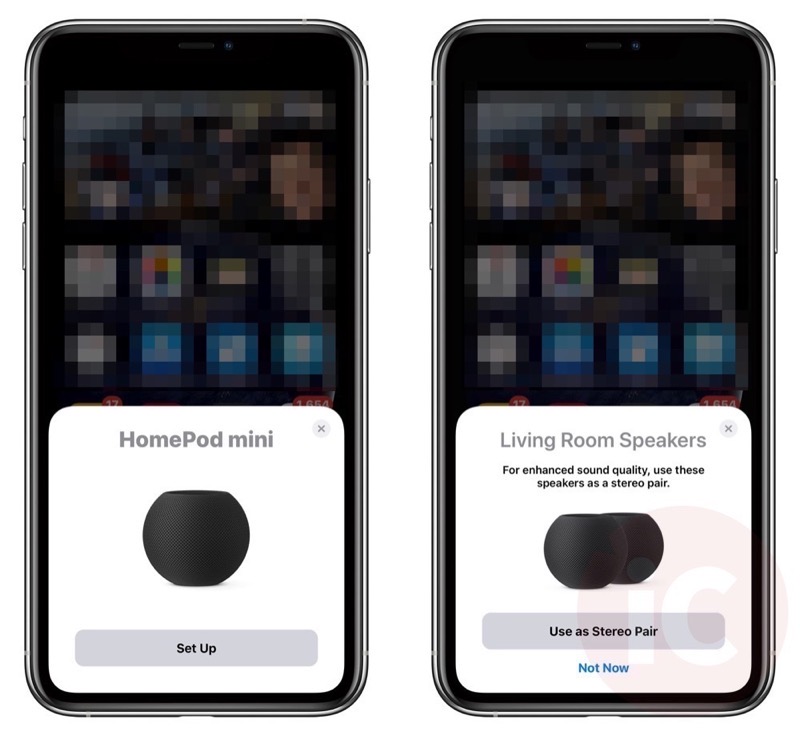 If you know how to pair AirPods with your iPhone, it’s the same process with HomePod mini. Just bring your iPhone close to the speaker and a pop-up will ask you to start the set up. Along the steps, it will also ask you if you want to create a stereo pair if two HomePod minis are detected.

Apple needs a dedicated app for its smart speakers. I don’t like how I have to dive into the Home app and then tap and hold to go to various settings and such. Just make it easier for those who don’t care about smart home stuff and want to focus on music. I think the Sonos app does an excellent job in this regard.

How does the HomePod mini sound versus HomePod, Echo, Nest Audio and Sonos One?

Listening to music for the first time with a single HomePod mini, I was impressed at the sound coming out of this tiny speaker. Vocals are clear and bass is actually not bad for its size. Two HomePod minis as a stereo pair sound way better, though. But from far away you’ll still miss booming bass from something like a Sonos One or even the Echo.

I’m not an audiophile by any means but I’ve tested a bunch of speakers and I know what sounds good to me. Test these speakers yourself to form your own conclusions. But in the meantime…

The new Intercom feature is neat to try to send messages to family. But that means everyone needs to have an iOS device or AirPods. The music transfer feature by moving your iPhone next to a HomePod mini is going to be one cool party trick (when we’re allowed to hang out with humans again).

Also, it’s worth noting HomePod mini can stream audio from an Apple TV 4K to the new speaker (either a single or stereo pair) via AirPlay, but these new speakers don’t support Dolby Atmos like the HomePod now does. We didn’t test this out but it’s just another benefit of Apple’s AirPlay ecosystem (we’re using the Sonos Arc to stream audio from our LG C9 and Apple TV 4K).

Siri on HomePod mini is like Siri on any other Apple device. It still struggles versus Google Assistant and Amazon Alexa.

Why can’t Siri suggest and read out recipes to me like Assistant and Google step-by-step? Why does Siri never understand what the hell I’m asking? Ask Siri “where is SpaceX Crew Dragon?” and she’s dumb as a doorknob, whereas Google Assistant nails it (International Space Station) and Alexa is in a close second (said it was at least mounted to the Falcon 9). Siri? “Sorry, I don’t see any movies for SpaceX Crew Dragon playing nearby.” #FACEPALM #!@#$%&^

Should you buy a HomePod mini at $129 CAD? Yes, as a decent impulse purchase or as a really cool Apple gift, for someone who is subscribed to Apple Music (Spotify, still waiting for your native integration, bud). But for the money, Echo and Nest Audio will be the smarter choice (think: Black Friday and other periodic sales) as you get better virtual assistants and sound (Echo, anyways), despite what Apple wants you to believe about Siri.

To create intercoms around your home, nab up some cheap Nest Minis (they’re being practically given away on classifieds). For a sound system that has ease of use and supports both Apple Music, Spotify and AirPlay 2, I’d stick with a pair of Sonos Ones on sale.

It’s too bad Apple waited this long to unleash the HomePod mini. Still, it’s an alright speaker but it’s just too bad Siri is still terrible after all these years.