We reviewed the launch of the Poynt app back in March of last year, and since then, the Calgary-based company has blossomed as its user base has eclipsed 9 million unique users across all smartphones. The unique Poynt app also features augmented reality to help you find whatever you’re looking for nearby. 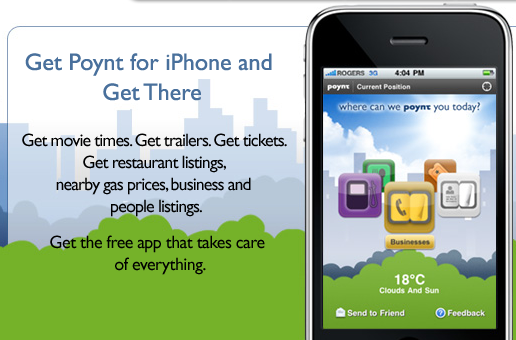 The user base is consists of Android and iPhone users, and the app is becoming one of the most widely adopted apps worldwide, according to their President and CEO, Andrew Osis. They added 700,000 new users in June, and 500,000 of those were from Android users. The app is also available for Blackberry, WP7, and Nokia smartphones.

It’s great to see a Canadian-based company having so much success. Congrats to the entire Poynt team.