CBC Radio iPhone App: Bring The CBC with You At All Times

The CBC Radio iPhone app will let you listen to 19 live streams and more than 60 programs on demand. You can browse the archives and add streams to your favourites for quick access in the future. You can currently listen to: 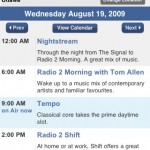 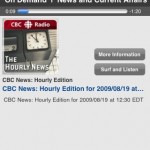 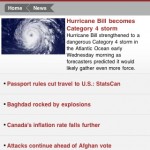 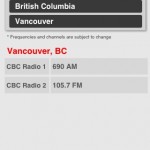 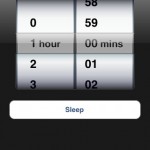 Other notable features include the use of location services to find local CBC stations near you. It worked flawlessly to find stations here in Vancouver. Some other cool features include a sleep timer and also the ability to browse CBC.ca while you listen.

It Looks Like I’ll Be Listening to More CBC Radio

I rarely get a chance to listen to CBC Radio but now that this newly released iPhone app is out, I think I’ll be checking out more shows in the future. It’s pretty easy to use and gives you instant access to great content! In the future they are going to have live streams and more on-demand programming.

Kudos to the CBC for getting their CBC Radio app working pretty well on their first try. Now that’s what you call your tax dollars at work, eh? 🙂 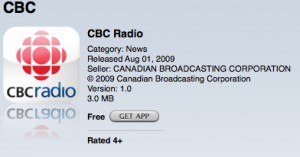